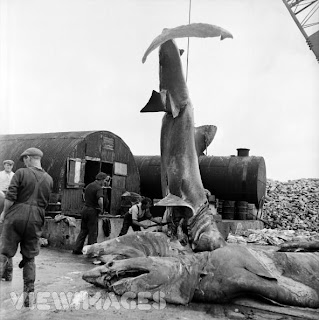 Suffering from one of it's worst budget shortfalls in years, Florida has come up with a novel way to recoup falling tax revenues from crumbling home sales.

"State regulators offered a voice of support this week to West Florida's boutique shark (fishing) industry, which has all but shut down after federal scientists declared several key species dangerously overfished."

"St. Petersburg attorney G. Michael Mastry, who represents the shark (fishing) industry, estimated that about 75 fishermen and a dozen seafood processors would split up about $6-million to $8-million if the request is granted."

So once again sharks are going to the front lines of the continuing eco-slaughter. This time for the sake of 25% of the projected revenues going back into state coffers. As an eco tour company that champions all sharks we would just like to point out one thing:

Florida is the same state that banned sustainable shark diving eco tours off it's shores. To be replaced,not 4 years later, with state sponsored shark killing...all for 25%.