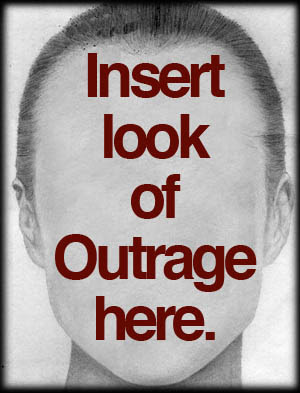 If you happened to be watching NBC's Today Show this morning you saw reporter Stephanie Gosk ham fist her way through a shark attack story out of the Seychelles.

Spouting factoids about sharks that were incorrect and providing descriptions of species that, if proved true, will redefine shark science as we know it, Stephanie unwittingly became the spokesperson for why the mainstream media needs to be educated about sharks.

It's time for push back because watching her in action today was enough to cause me to spill my sustainably harvested trade certified coffee all over my shirtfront while becoming "outraged."

Being outraged as a shark conservationist is state of grace we get outraged for a number of reasons when it comes to sharks.

For me major news media bias is one of them.

Yes sharks are predators, and yes sharks attack humans occasionally but the reasons behind shark attacks are what mainstream media folks fail to cover time and again, they focus on the blood, the loss, and the hype.

In case you want to know why the incidence of shark attacks are on the rise you need look no further than this recent article, great stuff.

Back to Stephanie. I won't give away her most glaring indiscretions, I will let you watch this media hit piece and perhaps become outraged as well. Suffice to say the bad taste exhibited by airing the grieving widows last recollections of her husband as he bled out on the beach in front of her reminds me of equally tasteless Shark Week productions wherein shark attack victims were forced to watch a mechanical shark monster slam into sides of beef to reenact their limb loss.

Yes this is the same kind of overblown media hype that does little to understand sharks.

As a shark conservationist I am not asking the media to rewrite what sharks are, or even attempt to soft peddle their basic predatory nature. All I am asking for is balance, nuance, and some hard facts, not the time warped 1970's lens that folks like Ms.Gosk seems to train on these animals whenever man and shark interact.


Posted by Horizon Charters Guadalupe Cage Diving at 8:10 AM No comments: