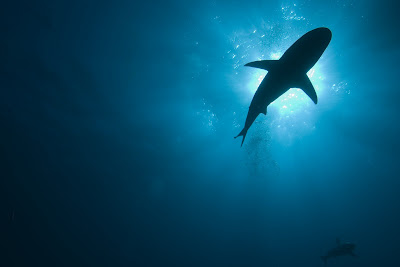 Apparently he's an ex special forces shark diver with the St Petersburg Oceanarium, touted to be the largest in Russia and Eastern Europe.

What caught our eye today was Russian Televisions intro to the topic of sharks and shark diving - and the video clip they used to make a point.

In fact we're not so sure about the Jaws era spin on the entire article and video. They even managed to squeeze in a classic Erich Ritter style misquote from the Sergey:

The hardest thing when working with sharks is to never show that you are scared. You can't even have increased blood pressure because they can feel it. No emotions – even if they try to bite you,” Sergey says.

If there's anyone who reads this blog locally perhaps a word with the editor?