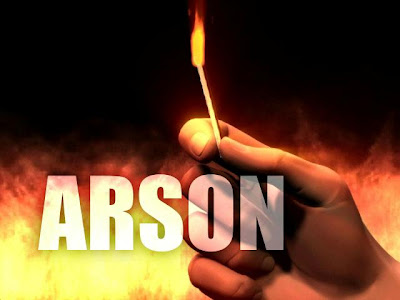 We have been following the increasingly ugly, partisan, and mis-informed anti-shark diving movement in Hawaii.

A movement that started two years ago and this week culminated in an arson attack on a local commercial shark diving vessel.

Just when you thought things in Hawaii could not get any worse for two first rate commercial shark diving operations - they just did:

Honolulu Fire Department investigators have determined that arson is to blame for a blaze that destroyed a shark tour boat in Haleiwa Harbor early Friday.

The case has now been turned over to the Honolulu Police Department, which has opened an arson case, said HPD spokeswoman Michelle Yu.

The fire on board the 30-foot North Shore Shark Adventures boat was reported at 12:40 a.m. Flames burned the bridge and cabin of the boat and the heat from the fire damaged a nearby vessel, said fire Capt. Terry Seelig.

North Shore Shark Adventures is one of two shark-tour operators operating out of Haleiwa that have been the source of constant debate in recent years.

Officials with the company could not be reached for comment.