Is Shark finning the only threat to Sharks?

We all know that shark finning is a huge problem and a threat to global shark populations, but is it the only threat? Is the demand for shark meat an equal threat? 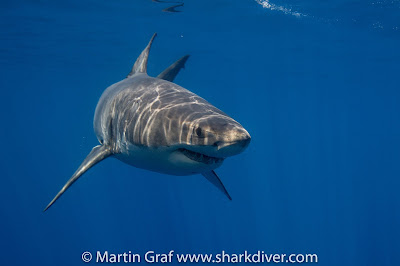 There is a new publication by Project AWARE® that addresses this issue.

It is not only the fins that makes sharks the target of the fishing industry. The demand for their meat is also a factor. From the Project AWARE® article:

"The appetite for shark fin soup has played a major role in shark overfishing and is often positioned as the main threat to sharks today. Recent data on international trade in shark fins and meat analyzed in the report however, reveals a global, interdependent market for a variety of shark products across scores of countries, including several in South America and Europe, whose demand for shark meat places them among the world's top shark consumers."

They have an interactive infographic that shows the different issues. The infographic can be found by clicking on the picture below.

From their article: "With so many shark species and products in trade, it can be difficult to get your head around what is really happening,” says Dr. Shelley Clarke, co-author of the FAO shark trade report and renowned shark fisheries scientist. “Understanding sources and trends is a critical step toward making sure the trade is sustainable and traceable, and the underlying fisheries are properly managed.”

The infographic reveals the significant growth in markets for shark and ray meat, as well as the countries and inadequately restricted fisheries associated with this largely under-the-radar trade.
“The shark fin trade is at long last receiving worldwide attention from the media, conservationists, and law-makers, but we must urgently broaden our horizons to also consider other threats to sharks and closely related rays,” said Sonja Fordham, President of Shark Advocates International, a project of The Ocean Foundation. “We hope that Project AWARE’s initiative will shine light on these emerging issues and channel public concern toward workable solutions before it’s too late.”
The interactive infographic and related information can be found here: www.projectaware.org/globalsharktrade

Here is a provocative thought. Could the demand for shark meat actually be a good thing? You might think that's a ridiculous thing. How could demand for shark meat actually be good for the shark population? Could it be possible that a growing market for shark meat might increase the price of shark meat and thus give an incentive to the fishermen to keep the entire shark, instead of finning it and throwing the body back into the ocean? Since there is only so much space on a fishing vessel, this could actually mean that a vessel is killing fewer sharks to fill it's holds, than if they fill it with fins only.

This might be wishful thinking, but if shark meat would become as priced as say blue fin tuna, a lot of fishermen might actually catch fewer sharks for the same profit.

What Project AWARE®'s paper documents is the fact that shark conservation involves a lot more than just shark finning!

About Shark Diver. As a global leader in commercial shark diving and conservation initiatives Shark Diver has spent the past decade engaged for sharks around the world. Our blog highlights all aspects of both of these dynamic and shifting worlds. You can reach us directly at staff@sharkdiver.com.
Posted by Shark Diver at 8:19 AM No comments: