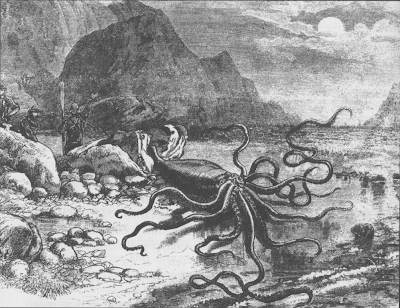 From the RTSea Blog this week another reason to watch television.

It's said that good things are worth the wait. I'm hoping that is the case with an episode of Hooked that airs this Friday on the National Geographic Channel.

It's been just a little over a year ago when I traveled south to Baja, Mexico with my good friend, Scott Cassell, to study and film the Humboldt squid - a predator whose numbers have been exploding in the Sea of Cortez.

Michael Hoff Productions, which produces the series Hooked for Nat Geo, sent a crew down to Baja to document our efforts to film the squid and conduct some important experiments and observations with guide Dale Pearson, boat captain Tom Loomis, and marine biologist Steve Blair that would illustrate the voracious nature of this squid and what that means for marine ecosystems and many commercial fisheries.

The program focuses on Scott, as he has a long history of studying the Humboldt squid up close and in the wild. And that can be dangerous; Scott has had several broken bones and lacerations due to the tremendous force of the squid's formidable beak.

Having not seen the finished program, I am hoping that it clearly presents the issues regarding the expansion of the squid's range without becoming too melodramatic. But having spent some time with these creatures, I can tell you from experience that they are not to be underestimated. In fact, after having spent many years filming large sharks, this was the first time in a long time where my adrenaline was really pumping. Dangling from a steel cable 50 feet down in 250 feet of water, at night wearing anti-shark chain mail and peering through my viewfinder with only the dim glow of red underwater lights, only to have a 5 to 6 foot squid charge you suddenly - well, it's a little disconcerting.

So, shameless promotion: if you're watching cable this Friday night, tune in to the "Squid Invasion" episode of Hooked on the National Geographic Channel (May 13th, 9:00pm).
Posted by Horizon Charters Guadalupe Cage Diving at 8:04 AM No comments: 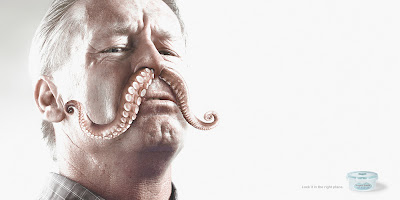 Congratulations to the fine folks over at Southern Fried Science who yesterday became the first of the Blue Bloggers to break into the mainstream with pick ups by Gawker, Huff Post, The Daily Beast and now the full court media.

Unfortunately if you're looking for that article on the SFS site this morning you'll have to wait until the "smoldering ruin" that was once their servers come back online. It would appear that a Gagzillion viewers being pushed from all over the planet has crashed everything, hard.

After a few years in the blogging game, with insightful posts on science, research, and deep ocean critters, it took one off the cuff observation about Floridians, sex, and the legal system to fire up the imagination of millions.

Hopefully the stat counter on your site was not totally fried so we may all know what the final count was, is there a number bigger than a Gagzillion?
Posted by Horizon Charters Guadalupe Cage Diving at 6:33 AM No comments: