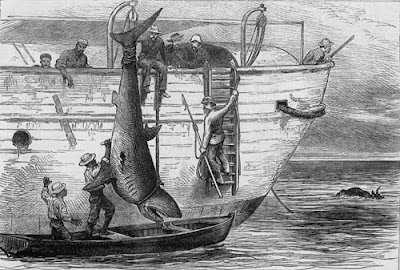 This is the worst news to hit the region for sharks in a decade.

Once shark finning begins it will be nearly impossible to stop and with the lack of fisheries enforcement in the region it will spread.

The company in question is SUNCO Wholesale Seafood LTD and has existing trade contacts in China with Shenzhen Fengyuhua Trade Co., Ltd via a shell company in New Jersey Yafee Inc.

A call to Yafee Inc this morning confirmed they are a dried seafood wholesale outfit.

In May of 2010 a new seafood trade association The Bahamas Marine Exporters Association (BMEA) was formed in the Bahamas to manage sustainable lobster fisheries in tandem with outside help and guidance from NGO's.

The BMEA has an existing relationship with WWF in the region making WWF an additional point source to leverage fisheries contacts to begin the process of rolling back SUNCO's regional shark fin ambitions in tandem with The Bahamas National Trust.

Update: The Bahamas Commercial Fisheries Alliance is taking point on this issue.
Posted by Horizon Charters Guadalupe Cage Diving at 7:55 AM No comments: 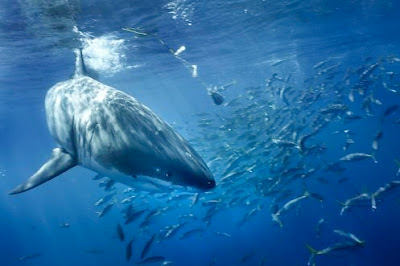 Day 4 – TWO BLACK EYES- Knowing that sharks are active feeders at dawn – due to the favourable light conditions it provides for hunting – my cage team volunteers for early morning “shark lookout.” Really, it just sounds like an extra hour for keeners so we’ll take it, thanks. And one hour quickly turns into two.

The sharks are slow to venture up from the bottom for the first while. Their grey topside blends in almost perfectly with the abyss below our feet. The white tips of their flanks appear to be nothing more than small fish from far away. And as your mind starts to play tricks on you, the small fish start to look like White Sharks.

But by the second day, we’ve grown more accustomed to our steel confines.

Gradually, you start to find ways of hooking your feet around the ladder and pivoting your body like a climber, hanging on to a bar with a couple of fingers while the others hold the camera, and leaning with the current instead of against it. Your movements become more efficient as does your breathing that bordered on hyperventilation the previous day. I can only imagine how fast your heart would race if you were outside of the cage...

Posted by Horizon Charters Guadalupe Cage Diving at 7:40 AM No comments: