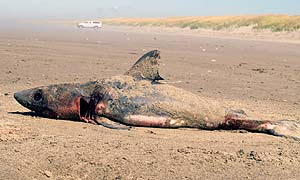 It's been a while since we handed out a Stinkin' Dead Shark Award, in fact it's been several months. That's good news for the shark world.

In case you forgot - the SDSA goes to those within the global community whose abjectly abhorrent behavior towards sharks and sustainable fisheries or shark conservation warrants a big black eye.

This months award winner without reservation:

Australia's The Daily Telegraph and a story this month about paying local fishermen to catch a Bull shark so this paper could capitalize on a gruesome and recent shark attack that left navy diver Paul de Gelder without his leg.

When the Media Hates Sharks 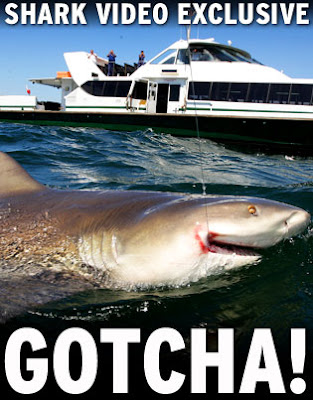 Recently an Australian special forces diver was attacked by a Bull shark in Sydney Harbor prompting a veritable media storm across the country.

As a general rule we do not cover shark attacks unless they are industry related or in the interests of exploring the media's relationship with sharks.

What got us about this event was The Daily Telegraph's efforts to capitalize on a simply horrific and rare shark attack that left diver Paul de Gelder without his leg.

This week The Daily Telegraphs Editors gratuitously hired a local fisherman to hunt down and catch a Bull shark for film crews and waiting cameras - all the while pondering out loud "if this was the shark" that attacked the diver.

Surely someone in Australia saw through this charade of media self flagellation and had something to say about this ill timed, ill conceived, and badly promoted shark fest?

Of all the misguided shark media we have seen this year - The Daily Telegraph takes this months prize. Congratulations.
Posted by Horizon Charters Guadalupe Cage Diving at 2:58 PM 1 comment: 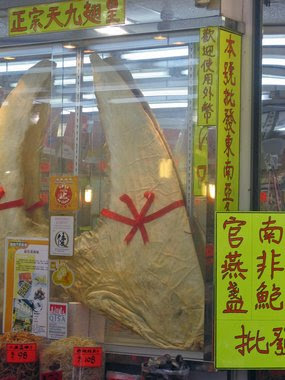 Over the past three months tourism officials in Mayalsia have been wrestling with the issue of shark finning and a proposed boycott of the region by international divers seeking stronger protections for sharks.

Malaysia seems to be rising to the occasion organically with the following announcement by the Saba Anglers Association (SAA):

The Sabah Anglers' Association (SAA) will use the Sabah International Fishing Tournament 2009 as a platform for its Anti-Shark Finning Campaign. The campaign's committee chairman, Nilakrisna James, said SAA was concerned at the depletion of unique fish in Sabah waters, including protected species like sharks.

"In the past, we have voiced our concern on suspicious marine activities taking place in Sabah waters which received lukewarm response from the authorities.

"We do not need a global boycott from the increasingly green-conscious international travellers to take matters seriously," she said at a press conference on the tournament here today.

Nilakrisna said SAA was campaigning not only to ban shark finning activities in the state, but also at the universal level.

"The ban should be universal and not just for the reason of protecting the tourism integrity or the diving business in the state," she said.

Editors Note: Any efforts by regional players in Malaysia towards anti shark finning efforts should be encouraged. The gov response to the proposed dive boycott has been admirable thus far. The dive community should continue to encourage the tourism minister in tandem with the fisheries minister to enact local laws with a mix of tourism incentives to ban shark finning entirely.
Posted by Horizon Charters Guadalupe Cage Diving at 8:09 AM No comments: