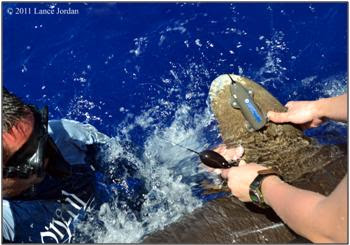 Great news from the Bahamas from one of the best shark research teams in the region the Cape Eleuthera Institute.

The oceanic whitetip shark (Carcharhinus longimanus) was once considered to be one of the most numerous large vertebrates on the planet. Yet ongoing exploitation of this species for it fins, for use in the Asian delicacy shark fin soup, has caused precipitous population declines in many parts of the world.

This species has been especially hard-hit in the northwest and western central Atlantic Ocean, where it is now difficult to find them in significant numbers. Despite the inherent difficulties in finding and studying large, relatively rare oceanic sharks, an international team of researchers successfully satellite-tagged a large number of these animals off Cat Island, The Bahamas, this month in order to track their movements to enable more effective conservation of this top ocean predator.

Edd Brooks, Annabelle Oronti and Sean Williams of the Shark Research and Conservation Program at the Cape Eleuthera Institute , Lucy Howey-Jordan and Dr. Lance Jordan of Microwave Telemetry, Inc. , Stuart Cove and the staff of Stuart Cove’s Dive Bahamas , Dr. Demian Chapman of Stony Brook University and Debra Abercrombie of Abercrombie & Fish, undertook a 10-day expedition to Cat Island to conduct the first instalment of a long-term project to study the movements and habitat use of oceanic whitetips.

The project has been off to a successful start, and the first of the deployed satellite tags have begun transmitting data on the shark’s whereabouts and will continue to relay crucial habitat-use information over coming months. In the meantime the research team has already started planning next year’s trip with members of the local dive community.
Posted by Horizon Charters Guadalupe Cage Diving at 11:54 AM No comments:

Less than twenty years ago white sharks were caught on a regular basis in Australia, we have come a long way in 20 years:

Posted by Horizon Charters Guadalupe Cage Diving at 11:33 AM No comments: 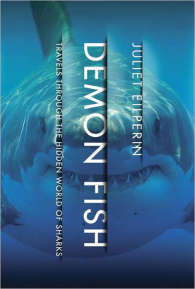 A group of traders huddles around a pile of dried shark fins on a gleaming white floor in Hong Kong. A Papua New Guinean elder shoves off in his hand-carved canoe, ready to summon a shark with ancient magic. A scientist finds a rare shark in Indonesia and forges a deal with villagers so it and other species can survive.

In this eye-opening adventure that spans the globe, Juliet Eilperin investigates the fascinating ways different individuals and cultures relate to the ocean’s top predator. Along the way, she reminds us why, after millions of years, sharks remain among nature’s most awe-inspiring creatures.

From Belize to South Africa, from Shanghai to Bimini, we see that sharks are still the object of an obsession that may eventually lead to their extinction. This is why movie stars and professional athletes go shark hunting in Miami and why shark’s fin soup remains a coveted status symbol in China. Yet we also see glimpses of how people and sharks can exist alongside one another: surfers tolerating their presence off Cape Town and ecotourists swimming with sharks that locals in the Yucatán no longer have to hunt.

With a reporter’s instinct for a good story and a scientist’s curiosity, Eilperin offers us an up-close understanding of these extraordinary, mysterious creatures in the most entertaining and illuminating shark encounter you’re likely to find outside a steel cage.
Posted by Horizon Charters Guadalupe Cage Diving at 11:07 AM No comments: 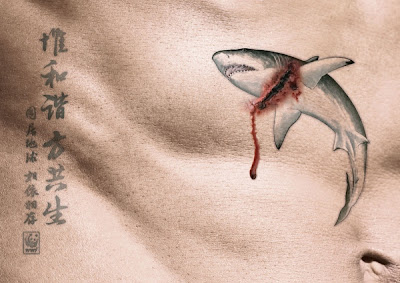 WWF is among other conservation organisations leading the fight to save the world's sharks. It is seeking a ban on certain kinds of fishing nets and working to regulate the trade in shark fins. It supports trade controls through TRAFFIC.

WWF directly works to address the problem of overfishing throughout the world's oceans through its Smart Fishing initiative.

Specific projects aim to raise awareness of the plight of sharks, improve the management of marine protected areas and develop ecotourism projects which support sharks in their natural environment. A 2011 study by the Australian Institute of Marine Science found that a single reef shark in Palau generates nearly $2 million for the tourist industry over its lifetime.