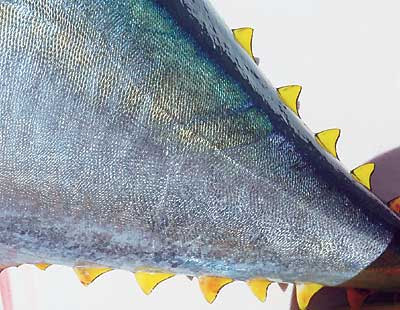 Japanese and Brazilian businessmen are to cooperate in duplicating Brazilian production of tuna and also improving the quality of the equipment used and the labour force working in the sector, with the aim of transforming Rio Grande do Norte into a tuna hub.

The Brazil/Japan Tuna Project, which the company Atlantic Tuna will participate in, is likely to generate over 2,000 new jobs, directly and indirectly through the operation of 16 Japanese vessels in Brazilian waters.

It is expected that they will produce 8,000 tonnes of tuna annually for BRL 114 million (USD 68 million), which will be marketed in Japan and the United States.

The initiative includes the arrival of Asian crew members on board the tuna vessels and the training of approximately 380 Brazilian employees by the National Industrial Apprenticeship Service (Senai) and the Federation of Industries of Rio Grande do Norte (Fiern), reports Tribuna do Norte.

According to the president of Fiern, Flávio Azevedo, "Natal will be the next area for the largest producers of tuna, the fishing terminal will soon be ready and São Gonçalo Airport will begin operating soon."

The president also explained that Brazilian legislation was loosened in order to develop this project, as Law of 2/3 states that foreign firms wishing to operate in Brazil need to employ at least two thirds of their staff from the local area.

"The Brazilians are unable to operate the most modern tuna vessels, as there are no boats here like the ones in Japan. However, this law has been relaxed now," said Azevedo.

Posted by Horizon Charters Guadalupe Cage Diving at 6:43 AM No comments: