Yahoo! CEO to Quit-Now's the time to move on Alibaba.com 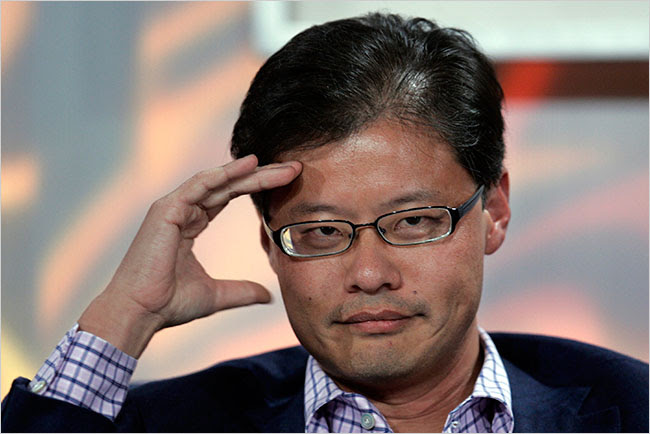 In a surprise announcement today Yahoo! CEO Jerry Yang has announced his departure from the company he helped found.

As we and many others within the shark community have been highlighting it was under Jerry Yangs tenure that Yahoo! invested over one billion dollars in B2B web portal Alibaba.com which quickly became recognised as the New York Stock Exchange for hundreds of tons of dried sharks fin sales on the Internet-daily.

Under Yangs governance Yahoo's investment in shark finning was put aside as "a cultural practices issue". Meanwhile other Fortune 500 companies from Disney to Royal Thai Airlines bowed out of shark fin involvement in any form citing the need for large corporations to "show leadership on animal issues".

Now is the time for the shark community to remind Yahoo! of it's obligations beyond profits and beyond billion dollar agreements with Chinese web portals. Yahoo's incoming CEO will have a crippled company on his hands and there's a good chance Yahoo! will be desperately looking for eligible business partners to shore up mounting losses in revenue.

If there was anytime in Yahoo's history where uncomfortable and public issues such as the live dismemberment of animals for profit would have an impact it is now. The new CEO of Yahoo! will be looking for any way to quickly change the companies fortunes and image and a reversal of this horrific investment shark finning would be a perfect first step.

It's a step our community will have to push Yahoo! into but time, for once, is on our side.
Posted by Horizon Charters Guadalupe Cage Diving at 8:34 PM 1 comment: 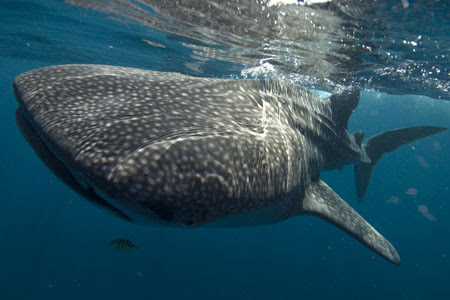 We loves the Internet, especially on days like these.

Turns out filmmakers and researchers have shot (for the first time) a whale shark doing what comes naturally...and even scooped some up for "analysis".

This would be a good time to point out why we did not becomes shark researchers.

Anyway, an article in U.K's Metro Magazine calls this finding "Scientific Gold". Which leads us to a blog post about another drive by "pooing" many years ago with a great white shark we got on camera.

If a whale sharks excrement can be termed "Scientific Gold" this stuff's gotta be at least "Research Platinum". Unfortunately none of the crew or our divers had the foresight to grab a sample...we were too busy trying to get out of the cages.
Posted by Horizon Charters Guadalupe Cage Diving at 12:07 PM 1 comment:

It has been suggested this project equals man's first steps on the moon. The focus is on the seas relationship with the global climate, and the discovery of new life. To explore to further man's knowledge of the most hostile environment on Earth, the deep sea.

Scott will speak of this past experiences in undersea marine research (including his work with giant squid), his present work at Undersea Voyager and future plans for ocean exploration.

Scott Cassell
Captain Scott Cassell, President and CEO of Undersea Voyager Project. Since 1977, Scott has accumulated over 12,000 hours of drive time. He is a USCG Qualified Submersible Pilot/Captain with over 1200 dives. A former Advanced Diving Medical Technician Instructor (1 of 10 in the USA), Commercial Diving Instructor, and Hyperbaric Medical Technician Instructor he taught for years at the College Of Oceaneering. He is also a PADI Instructor. His film and documentary credits include undersea cameraman for nearly 20 documentaries and host / presenter on several documentaries on several networks including Disney, MTV Wildboyz, the Discovery Channel, Animal Planet, BBC and the History Channel.

Posted by Horizon Charters Guadalupe Cage Diving at 11:31 AM No comments:

Once in a rare while along comes a film project that captures the imagination. Today was one of those days and this is one of those projects. Sit back, turn your speakers up to 11 and enjoy. On a teaser level this just whets the appetite for more...oh, and make sure you see this in full screen the whale sequence demands nothing less: