Meet "Tryss" one of our Great White Sharks at Guadalupe.

The 2018 season at Guadalupe Island has been phenomenal. Thanks to Nicole Lucas from the Marine Conservation Science Institute, we have a way to identify and keep a record of all the sharks seen at Guadalupe Island. This is how we know that on one of our expedition we encountered a record breaking 52 different individuals, including a whopping 16 sharks that have not been previously identified. This shattered our previous record of 34 individuals seen on a single trip. 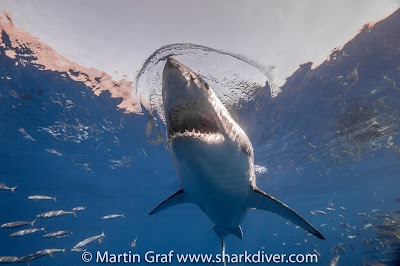 It's not just the number of sharks we encountered that was unusual, it was also the behavior of one of the new sharks. Meet "Tryss", or crazy Tryss as I like to call her!  Tryss displayed a very unusual behavior for a Great White Shark. She came to the cages multiple times, without any bait attracting her, sticking her nose into it,  bumping the boat and squeezing through narrow gaps. She did all that in slow motion, never freaking out  like other sharks would, when they touch the cage, keeping her eyes open, totally aware of her surroundings. 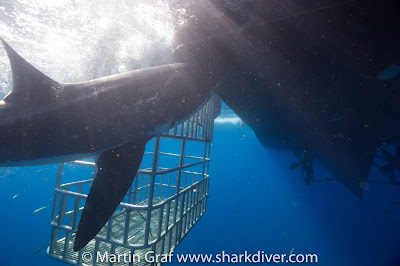 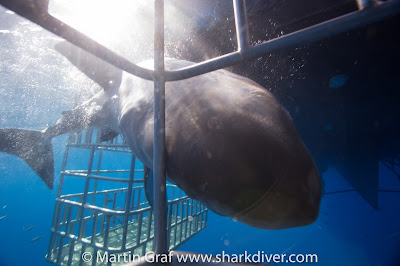 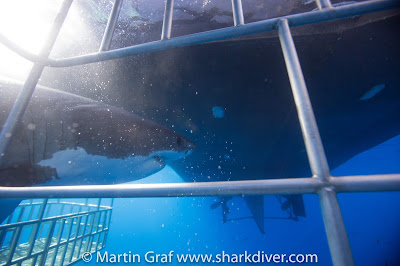 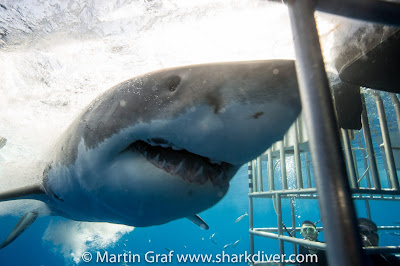 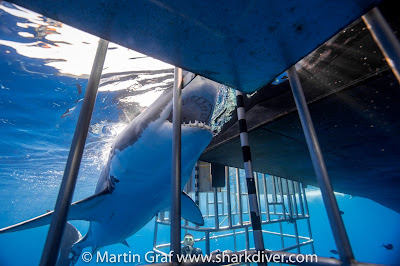 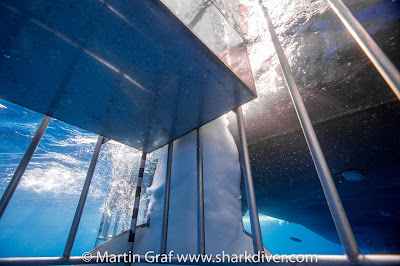 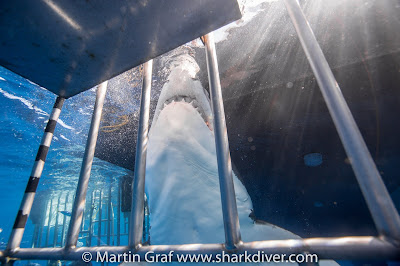 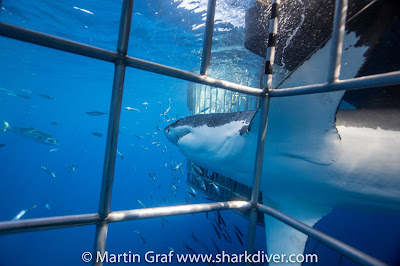 In 18 years of diving with these amazing animals, I have never witnessed a shark behave quite like this. It just goes to show that they will never stop surprising you. That's why I love my job and am completely fascinated by these awesome creatures.

Shark Diver proudly supports the Marine Conservation Science Institute through our MCSI hosted expeditions.  Joining us on one of these expeditions is  a great way to learn about our sharks and support the research. Maybe you'll even get to name a shark, like the ones who named "Tryss" last season.

About Shark Diver. As a global leader in commercial shark diving and conservation initiatives Shark Diver has spent the past decade engaged for sharks around the world. Our blog highlights all aspects of both of these dynamic and shifting worlds. You can reach us directly at staff@sharkdiver.com.
Posted by Shark Diver at 7:30 AM No comments: