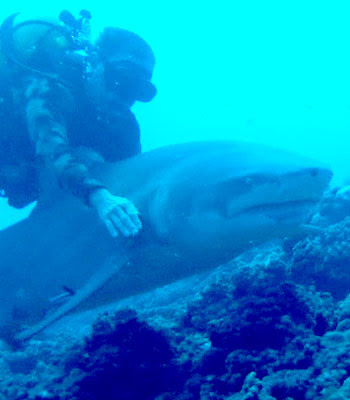 We read with some interest about a new shark doco in the Daily Telegraph today.

David Ireland, the Original Wildlife Man, is promoting a new shark film having just returned from Bora Bora in French Polynesia where he was filmed "shark wrangling" as part of his next project - a movie which combines fictional drama and wildlife documentary:

The story revolves around a bitter, broken documentary maker, living as a recluse, who is convinced to make another wildlife film to fund an operation to save a sick little girl.

Editors Note: Show us one serious documentary filmmaker who is not living as a recluse, and very bitter to boot. Apologies in advance the many filmmakers we know and love;)

Editors Other Note: Seriously, who read THAT show pitch and decided to fund it?
Posted by Horizon Charters Guadalupe Cage Diving at 4:47 PM 3 comments:

Why marine biology is hard 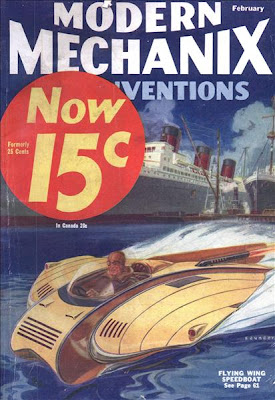 I just finished reading "Mapping the Deep: The Extraordinary Story of Ocean Science" by Robert Kunzig. I would recommend this book to anyone interested in the oceans themselves, but it doesn't include much about marine biology. The book did, however, have one passage that summarizes very well why it is so difficult to study life in the oceans. It specifically is referencing the deep sea, but the same principles apply to studying sharks. Much of the general public is flabbergasted when they hear scientists say that we don't know the answers to so many basic questions. I hope this passage helps clear up why marine biology is hard.
~David

"Trying to find out what lives on the ocean floor, and how it lives, is hard. Think about what it would be like to study our own world the way biologists must study the deep sea. Imagine that a race of space aliens, discover Earth and, being scientifically inclined, set out to understand life on its surface. These unfortunate aliens, however...cannot wishstand the crushing pressure of our atmosphere. It is utterly opaque to their eyes... they decide to blindly drag a large, sturdily framed net from their spacecraft as it cruises safely above the clouds.

The net touches down one evening in Tyler, Texas, where it first clips a flagpole off the top of the courthouse. Next it bounces through a playground in Bergfeld par, scattering children and parents without snaring a one; collects a dog that is studying a soup bone on college street, and swoops into a backyard a few blocks later, picking up an azalea bush, a clothesline bearing assorted lacy underwear, and a patch of lettuce with its associated rabbit. Finally it nearly comes to grief in a dark corner of the Sears parking lot, where the weight of a 1979 Chevy Nova and the teenagers in its backseat cause the net cable to groan audibly. The aliens quickly reel in their catch- one quadrupedal carnivore, one quadrupedal herbivore with food, assorted mysterious shell fragments, and a large metal crusted animal (the Nova) whose source of food remains obscure, but which seems to be serviced by remarkably sophisiticated intestinal endosymbionts.

Posted by WhySharksMatter at 1:05 PM 2 comments: