Deep-Sea News usually get's the goods on all things cool underwater. This week was no exception.

Sea Shepherd - Culinary Imperialism with a dark side of Racist Propaganda? 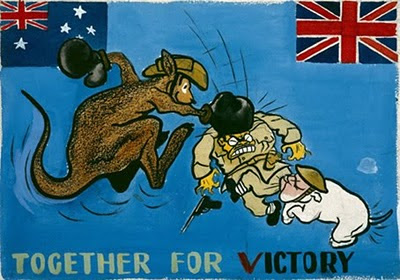 We have been less than fans of the continuing media antics of Sea Shepherd Conservation Society.

From patently faked media events such as Paul Watson being shot in the chest by Japanese whalers, to ongoing SSCS anti-Japanese propaganda that harkens back to the ugliest moments of WW2.

Governments, such as Australia and New Zealand, lack the will to confront this radical and somewhat disingenuous eco group who invent eco news ad hoc whenever it suits their cause. A cause which, after 20 years of effort, has shown no real conservation changes to international whaling, seal harvests or shark finning, an effort that has devolved into an odd brand of cultural imperialism against Japan and Asia.

Sea Shepherd is an eco group attempting to dictate the cultural and culinary norms of another culture with the use of rotten butter, faked news clips, and a skillful use of Internet.

Wagging the Conservation Dog at every opportunity SSCS has skillfully made a mockery of every domestic and international law on the high seas.

Only Canada has taken any kind of stance against SSCS radicalism, impounding and then selling off the SSCS vessel Farley Mowat, leading to SSCS complete withdrawal from Canadian shores.

We're not alone in our online distaste with Sea Shepherd as an organization that has failed to effect any real and lasting eco change for the past 20 years. Since 2004 the legion of non radicalized eco folks who are becoming anti-Sea Shepherd is growing steadily.

One only has to look at online postings, and even popular culture commentator South Park to begin to understand the level and depth of this movement.

"There is a worrying undercurrent of anti-Asian racism that permeates Sea Shepherd’s publicity and arguments. Most people, rightly, oppose whaling: the Sea Shepherd campaign connects this genuine environmental concern to much older, and dangerous, currents in Australian and New Zealand politics: nationalism, especially ‘left’ nationalism, and the racism that accompanies it. Facing an environmental challenge like the slaughter of endangered whales, we start to see a choice between an internationalist approach, stressing the potential for a politics which can unite, and a nationalism which turns genuine concerns into props for reactionary and toxic ideas. Greens Senator Bob Brown – with his talk of “our” whales, as if New Zealand and Australia ‘owned’ these creatures – and his anti-immigrant comments, re-enforces a long tradition of anti-Asian racism in this part of the world."