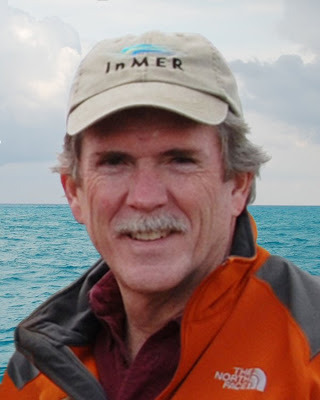 A reminder that a free screening of the documentary "Island of the Great White Shark," by RTSea Productions, will be shown at 7 p.m. Wednesday in the MLK auditorium of the Santa Monica Public Library. Filmmaker Richard Theiss, executive producer and cinematographer for the project, will be in attendance and will conduct a question-and-answer session after the film, as well as discuss his experiences filming great whites and other sharks. The screening of this 45-minute film is part of an ongoing lecture series sponsored by Heal the Bay's Santa Monica Pier Aquarium.

Theiss, who four years ago joined an eco-tourism charter to Mexico's Guadalupe Island and the surrounding waters to observe the great whites, became passionate about this subject and began documenting the work of shark researcher Mauricio Hoyos Padilla. The resulting film from this trip details the important role great white sharks play in a balanced ecosystem and also focuses on the marine scientists dedicated to studying and protecting these sharks.

"These are absolutely magnificent creatures living on a razor's edge of possible extinction. And there are some very dedicated people working tirelessly to prevent that," Theiss said. "This is a story that needed to be told."

Millions of sharks, including great whites, are killed each year for their fins, as accidental catches on commercial fishing vessels and for souvenir jaws and teeth.

Admission to the screening is free on a first-come, first-served basis. The main library is at 601 Santa Monica Blvd., with a pay parking structure available on 7th Street, north of Santa Monica Boulevard. For directions to the library, visit www.smpl.org/depts/branches/index.htm. For other information, visit www.healthebay.org/smpa or call the aquarium at (310) 393-6149. 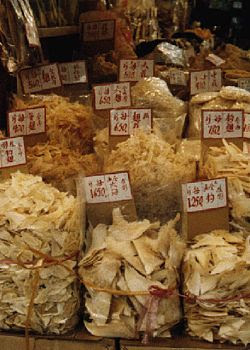 When we had heard that Alibaba.com was going to remove sharks fin from it's web portals naturally we were a bit sceptical that in fact this lucrative trading market would be removed voluntarily.

On January 1st, 2009 were were pleasantly surprised to discover all overt sales of sharks fin had been removed from Alibaba.com Many in the shark conservation world hailed this as a great victory and presented Alibaba.com with kudos both online and in the news. Overt sharks fin had been removed from one of the largest web trading portals on the planet.

Our policy has been to verify results. Shark conservation projects should never accept half measures and what we subsequently discovered at Alibaba.com was not good news at all.

On January 2, we were able to source close to 80,000lbs of sharks fin by just requesting it from the sellers of shark products via their site. A loophole. We followed up this discovery with a post about what might be done to mitigate these sales on Alibaba.com. A Red List would inform and educate both sellers and buyers of sharks fin and other banned products at Alibaba.com.

This week we went back to Alibaba.com posing as a buyer once again in search of sharks fin and this time asking for 4000kilos a week or 8, 800lbs. The results were promising.

Of 10 sellers of dried shark, and whole shark products only two answered our request, both said they could source as much sharks fin as we requested. This represents a big drop in the numbers of positive answers to buyers interested in sharks fin via Alibaba.com.

Here is one of the results:

We have those stock . can you come chose and pay cash ?
if interested, please contact us thru bellow email :

Today Was a Good Day...Welcome Back America!

Just when you thought the idea of Democracy was footnote to history.

When the darkest days of America overshadowed the rest of the planet.

"We the people" elect Barack Obama.

What started with an idea on an obscure shark conservation board has become something so much more. Canada has lit the torch, congratulations to the "Ones" who came up with the International Year of the Shark: