When the "Architects" leave the shark conservation movement 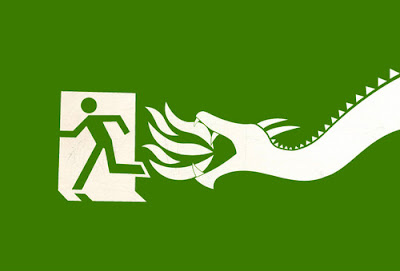 The last two years have been banner years for shark conservation.

What used to be a few small and impassioned voices out in the wilderness has turned into a veritable tsunami of groups, Facebook petitions, and thousands of individuals calling for shark protections worldwide.

On the heels of this movement have come the "sharkitarians" those whose personal agendas and misguided passion have created a subculture of angry infighting, ugly assertions, and a new sideways conservation paradigm of "anything for the sharks".

This has included, but not limited to, stealing shark conservation ideas, concepts, websites, names, slander, tribal groupings, and personal attack efforts unrelated to sharks or conservation in anyway.

We have been at the center of this unhappy storm of discontent, and seen it happening over the past two years to many others. It has become so pervasive, so absolutely non-productive and toxic, that many of shark conservations "true architects" have been leaving for the exits as fast as they can.

These are the real innovators, the website designers, the conservation concept developers, and the outside-the-box thinkers.

Left behind is a growing eco-chamber of circular thought. Where ideas and media quotes like, "if we kill all the earths sharks we'll run out of oxygen to breathe" go unchallenged. To be repeated without any critical thought or real conversation about the impact of this particularly moronic statement on policy makers.

Folks, this is a crises, you may not see it now, but it is happening and the exits are reeling with the onslaught of departing bodies.

It has happened again this week and the loss was acute and a blow to the shark conservation movement, let's all take a moment to mourn the loss of Mark Thorpe.

Are we going to continue with this loss of the best and brightest?

Hopefully not, because there's 73 million important reasons we can think of to change the way we're doing business with each other right now.

From Da Shark in Fiji on Mark Thorpe.
Posted by Horizon Charters Guadalupe Cage Diving at 5:43 PM No comments: