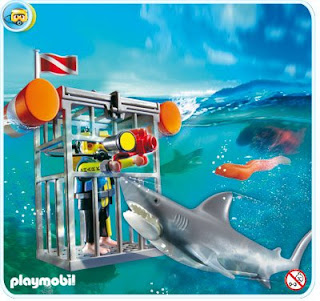 As you know we have been following the twists and turns of the State Governments decision to cut two commercial shark diving operations from Neptune Island in Australia.

A recent research study that suggested commercial white shark operations were in fact changing the behavior of the animals on site the decision was, as industry observers have noted, not greeted with much enthusiasm.

The good news is all the operations have received five year extended permits, the bad news is they have all been reduced to 5 days a week, dropping 288 collective days from operational calendars.

What makes this decision notable is the shark research component. For years commercial shark diving operations have extended an open door policy towards research teams seeking to study sharks.

Is it time to reconsider this policy when single point research data impacts operations?

About Shark Diver. As a global leader in commercial shark diving and conservation initiatives Shark Diver has spent the past decade engaged for sharks around the world. Our blog highlights all aspects of both of these dynamic and shifting worlds. You can reach us directly at sharkcrew@gmail.com.
Posted by Horizon Charters Guadalupe Cage Diving at 12:13 PM 5 comments:

"Stefanie Brendl swims with Tiger sharks when conditions and behavior allow it, and ONLY after years of experience. Do not try this unless you know a lot about sharks."

We like this for the simple reason it is visually appealing to watch "as is" without the re-branding messaging about sharks "just needing a hug" that we see all too often.

Sometimes it is o.k to just share an exquisite moment with sharks without having to hit the viewer with propaganda. Nicely done.

Posted by Horizon Charters Guadalupe Cage Diving at 8:37 AM No comments: