Waiter? There's A Cesium-137 In My Sushi 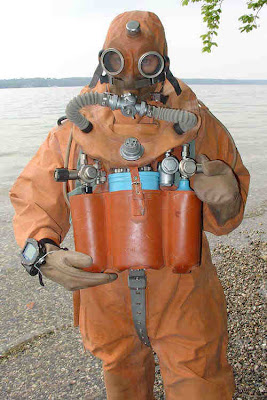 It is the end of the world!

Forget your 2012 Mayan Prophesies this is actual "cats and dog living together" kind of doom as researchers have discovered Cesium-137 and Cesium-134 in Bluefin Tuna off the coast of San Diego.

Yes, that's radiation people, and not the good kind either.

Apparently the stuff has come from Japan and the Fukushima power plant disaster of last year. The media is having a field day and as we speak Tuna NGO's the planet over are rubbing their hands together to capitalize on Radioactive Bluefin story lines.

But wait, hold on a sec, take a deep breath and go get a cup of coffee because this is not as toxic as you might think.

Let's start by examining your coffee and that deep breath you just took.

Did you know that most American homes contain over 1000 toxic airborne chemicals that you inhale every single day?

And then there's your coffee. Most coffee for purchase contains at least four pretty nasty chemical compounds put there by the grower to ensure your coffee is free from the wild things that like coffee as well.

Not to mention any home in America built after 1986 using PVC piping instead of copper. PVC is how water is transported into your coffee machine and PVC leaches some pretty interesting stuff into your cuppa Joe each day.

So back to those Tuna. In terms of radioactivity, it's more of a science experiment then actual doom, sorry for the scare. The trace amounts of Cesium-137 are far less than the 149 topside nukes launched on American soil during the 50's-60's when towns downwind were bathed in radiation levels that would make health and welfare folks today fall over dead.

At least the folks back then had copper piping.

About Shark Diver. As a global leader in commercial shark diving and conservation initiatives Shark Diver has spent the past decade engaged for sharks around the world. Our blog highlights all aspects of both of these dynamic and shifting worlds. You can reach us directly at sharkcrew@gmail.com.
Posted by Horizon Charters Guadalupe Cage Diving at 7:51 AM No comments: