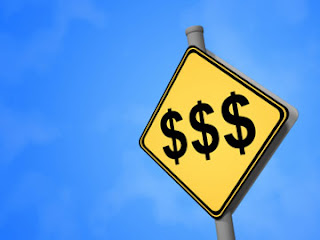 Media Release by La Trobe University
Australian research into shark antibodies that holds out the potential for new drugs and diagnostic agents is a step closer to realising its goal following an agreement with international diagnostic and pharmaceutical giant, Roche.

The pioneering work, which has attracted world-wide interest, is based on research led by Associate Professor Michael Foley at the La Trobe Institute of Molecular Science (LIMS).

It builds on discoveries over the last decade that shark antibodies could offer a lot of advantages over existing therapies in the fight against cancers and autoimmune diseases.

The research agreement between Roche and the Melbourne-based biotechnology company AdAlta aims to identify and evaluate the way in which these small antibodies isolated from shark blood are able to bind to a diagnostic target.

Dr Foley is founding scientist and Chief Scientific Officer of AdAlta. He and his co-researchers have built the world’s first test tube ‘library’ of disease-targeting antibodies based on modified shark antibodies.

He says his company is pioneering a range of new technology that uses modified shark antibodies for both treatment and diagnosis, offering prospects for new and more effective approaches to a wide range of diseases.

Shark antibodies are very small and extremely stable protein molecules, says Dr Foley, and are particularly good at seeking out and binding to target cells.

‘Furthermore, because they are extremely stable, they may overcome some of the problems encountered with traditional human antibodies when stored and used at high temperatures.

‘Because of their small size and stability, such new therapies can be manufactured in bacterial systems rather than in animal cells, as is presently the case for therapeutic antibodies, and it raises the possibility that they may be taken orally instead of injected.

‘So the next generation of pharmaceuticals might make good use of these small proteins, and sharks have them naturally in their blood.’

For the global pharmaceutical industry antibody treatments represent a multibillion-dollar market.
Dr Foley says as part of the collaboration with Roche, AdAlta will screen his shark antibody library and provide relevant shark antibody ‘binders’ to Roche for further evaluation.

He explains his research involves taking genes from sharks and modifying them in the laboratory by inserting random sequences – mimicking the way the human immune system works – to develop antibodies capable of a defensive response.

In other parts of the world, Dr Foley say, shark antibody research is done by injecting captive sharks, usually held in tanks or pools, and drawing their blood.

But the system invented by Dr Stewart Nuttall within the Cooperative Research for Diagnostics and now developed by AdAlta, enables this work to be done in test tubes at a bench – a far quicker, not to mention safer, method.

Dr Foley’s discoveries on shark antibodies follow his earlier work on malaria. He says one of the key features of shark antibodies is they have a finger-like loop that can ‘bind’ into a cavity on a target protein, something he first came across in his malaria studies where it was ‘irreverently tagged as “giving malaria the finger”’.

‘Then, when we saw pictures of the shark antibody binding to a hole in the protein, we immediately thought of a situation like the flu,’ Dr Foley says. ‘That’s because this sub-cellular sabotage was similar to that involved in the development of the anti-influenza pharmaceutical Relenza.

‘It’s like covering up part of a keyhole. You don’t have to cover the whole keyhole; if you cover up part of it, you can’t get the key in.’