Dr.Steve Turnbull - We Know Him!

Funny - you play around in the shark world long enough and you start seeing names of people you have met, or worked with, or both.

In this case shark diver/shark researcher Dr. Steve Turnbull is in a news article this week about a basker that washed up near his hometown of St.John's, Canada.

We met Steve at Isla Guadalupe a few years ago.The article makes great reading and as it turns out Steve's genuinely nice fellow:

Steve Turnbull, a shark researcher at UNBSJ, said little is known about the basking shark, which is a vulnerable species. Because 25 per cent of its weight is liver, the prehistoric beast was almost hunted to extinction for its oil.

"He's an early arriver," Turnbull said. "Usually they come in with the food source," in the summer.Warmer waters bring plankton and the gaping mouths of the basking sharks.

While it's a hulking beast and has a row of tiny teeth, the basking shark is a harmless filter feeder. "They open their mouths and everything goes through," Turnbull said as he inspected the shark.

As avid fly fishermen we have seen the effects of vanishing salmon in Northern California first hand - it's not a pretty sight. There are some first rate habitat and wildcare orgs out there tackling this serious and growing problem head on. One of them is SPAWN who have our complete support. Regional efforts for wildlife are sometimes where your best efforts make the most sense - even if these are not sharks:

Cause and Effect - Shark Mortality 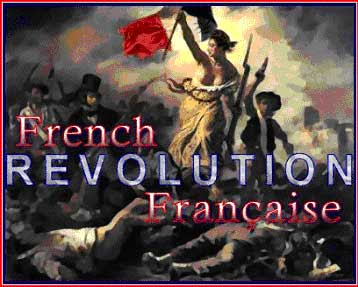 Going out on a limb here with this absolutely unscientific theory about "sport caught shark mortality". It's an observation, nothing more, but it has historical precedent. Here goes:

The Storming of the Bastille, Paris occurred on the 14 July, 1789. While the prison contained only seven prisoners and therefor was of no value to anyone, its fall was the flash point of the French Revolution, and it subsequently became an icon of Democracy. Heady stuff.

The attack on the Bastille was lead, apparently, by a topless woman who was followed by some 500o screaming men waving small arms. She became known as the "Mother of the Revolution" and this opens the discussion to the power of women's, ah, breasts, to cause men to do seemingly irrational things. 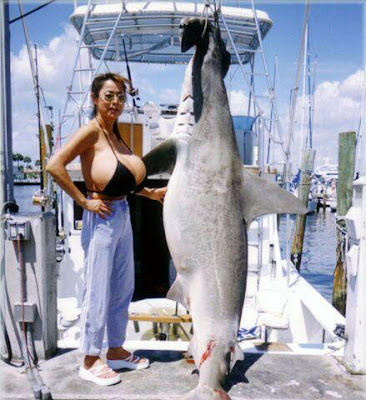 Back in 1980 the first "telling image" from Florida of a sport caught shark was transmitted to the world. This image caught the imagination and interest of millions as it made the front page of newspapers.

As you can see this was one impressive shark.

For sport caught sharks in Florida this was the dawn of the shark fishing era. Men from all over the state poured into the oceans like Drover Ants catching and killing as many sharks as they could all for that elusive dockside photo opportunity.

Today sport caught sharks are a regular feature in many marinas, public piers, and at fishing events worldwide.The reason for this mostly male activity remains as elusive as the the first day it was conceived, but I have a suspicion that it may have something to do with what I am terming "The Bastille Effect".

Oh, you laugh now, and perhaps even throw a few snide comments about mental astuteness for conservation ideas and childish responses to images found on the Internet - but. 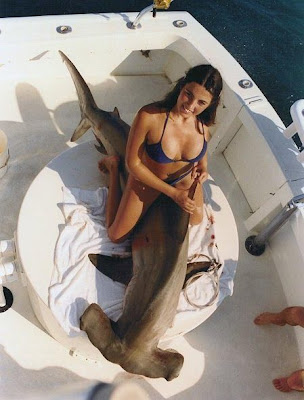 As you can see this "Bastille Effect" is all pervasive and it is fast becoming a hard fact of the sport caught shark world. These are the images we typically see of sharks brought back to marinas for photo opportunities.

Like I said this is a totally unscientific theory and merely an observation at this point.

No this is not a serious post.
Posted by Horizon Charters Guadalupe Cage Diving at 7:55 AM 7 comments: