A whole lot of fighting going on at Isla Guadalupe.

We have seen an unusual number of sharks with fresh bite marks at Guadalupe Island this season. It seems like most sharks, over about 12 ft long have some kind of new bite marks on their bodies. Chugey has another nice bite to his head, a new shark's face is all messed up and Kendric has a big bite on his tail. It seems like Thor and Bite Face are the only large sharks that haven't been bitten. 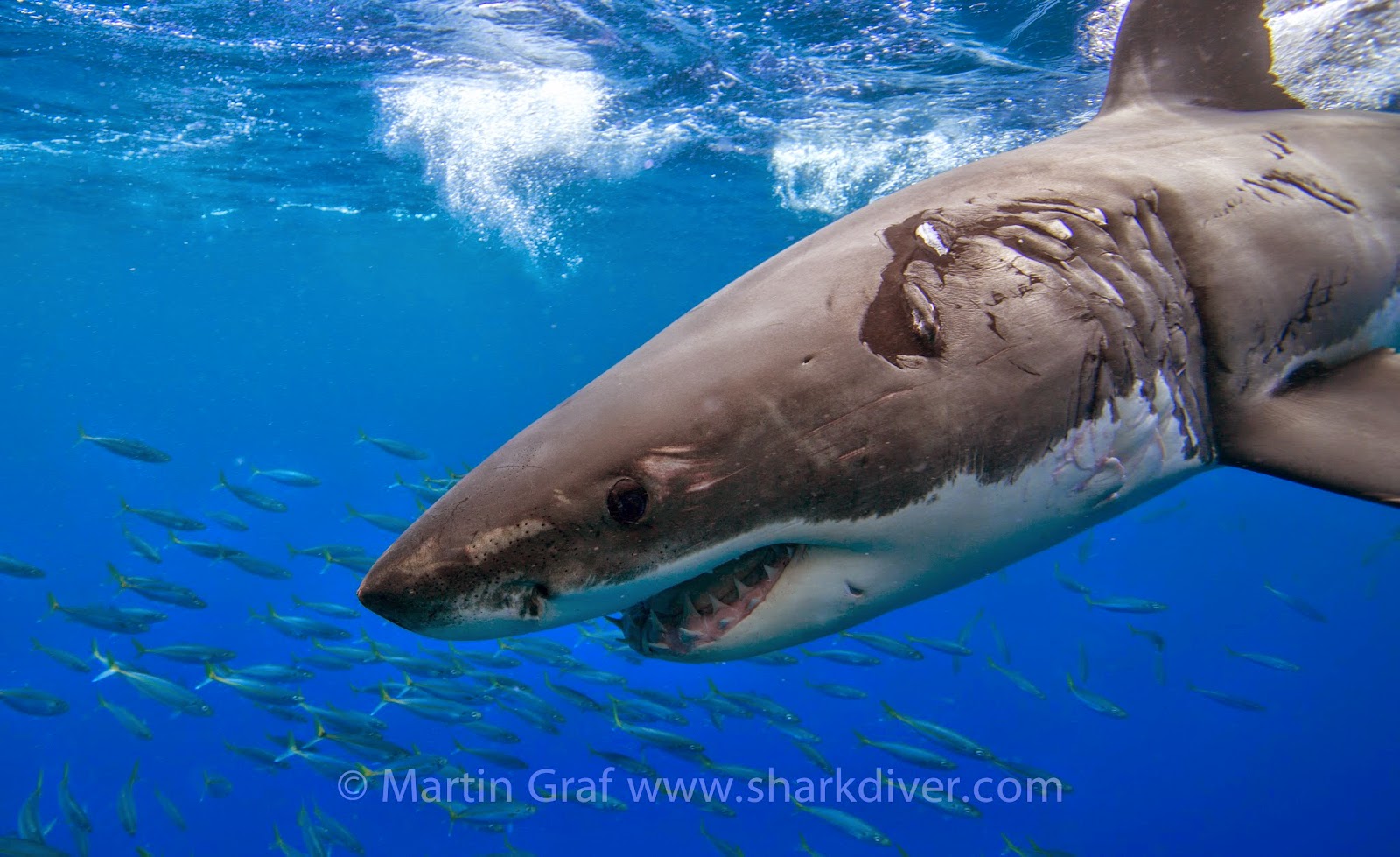 I've also noticed a much bigger interest in the cages, by sharks who have been around for years and are used to them. Gunther was nibbling on the cages on a bunch of different occasions. It was definitely not a predatory kind of biting. Their movements were almost in slow motion and when they bit on metal, they didn't react to it at all........ strange. It's amazing, how these sharks just keep surprising us with new behaviors. I call it "predictably unpredictable".


I'll keep you updated on what we encounter on our next expedition.

About Shark Diver. As a global leader in commercial shark diving and conservation initiatives Shark Diver has spent the past decade engaged for sharks around the world. Our blog highlights all aspects of both of these dynamic and shifting worlds. You can reach us directly at sharkcrew@gmail.com.
Posted by Shark Diver at 6:00 PM No comments: