Thanks to the Dorsal Fin Blog for this rare find and Happy New Year sir. If there's one thing that deepwater drilling has given us over the years it's been a treasure trove of deepwater critter discoveries.

Anyone remember the alien squid from 2008?

"The crew aboard of the Stena DrillMAX caught some amazing footage earlier this month of a large Greenland shark (Somniosus microcephalus) recorded at over 9,100′ (2,770m) deep. To give a frame of reference, the pipe seen in the background is approximately 5′ (1.5m) in diameter. The depth (in feet) can be seen on the video in the upper-right corner. "


About Shark Diver. As a global leader in commercial shark diving and conservation initiatives Shark Diver has spent the past decade engaged for sharks around the world. Our blog highlights all aspects of both of these dynamic and shifting worlds. You can reach us directly at sharkcrew@gmail.com.
Posted by Horizon Charters Guadalupe Cage Diving at 11:02 AM 2 comments:

Is it just our imagination or is something very conservation creative going on out there?

This film shows great promise. Let's get it a distribution deal here in the U.S.A.

Posted by Horizon Charters Guadalupe Cage Diving at 9:17 AM 3 comments:

Dr Bik - When Rage is Good for Discourse 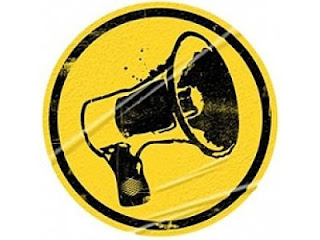 We're big fans as you know of those willing to step out into the limelight and rage against the machine every once in a while.

Especially if that person or persons have a Dr attached to the frothy discourse. It's a position that few within the research or ocean sciences community are willing to take.

But that world is changing thanks in part to a few brave, blog centric individuals, who have created their own public platforms for bringing counter ideas to the masses.

Swimming upstream against a tide of others who are heading en mass to oceans of like minded thought in echo chambers filled with $15 sustainable appetizers, organic Pinot Noirs, and awards ceremonies that often celebrate conservation efforts based in 1970's strategic thought.

Case in point, coming from Deep Sea News this week and Dr Biks questioning of the World Oceans Summit. Dr Bik pulls no punches with this stark opening statement:

"The present dialogue on marine conservation is failing our oceans."

Her post is timely and to the point and matched many of the ideas we bounced around this weekend with various friends, blog colleagues, and others. If you want to understand the undercurrent of feeling within the oceans community, if you want to get past the hype and you have the ability and intellectual curiosity to look forward to conservation change and implementation:

Her assessment is spot on. Like it or not there has been fossilization in the global conservation discourse and we all know it:

"Transformative initiatives are commonly borne from unconventional collaborations. Fresh ideas often shake the boat. Innovation is an exciting and inspiring thing. But when I look at the scheduled speakers for the Economist summit, I’m not very excited; there are a lot of titles that include the phrase “executive director”.

Fortunately, the past three years for shark conservation has created a veritable breeder reactor of new ideas, new initiatives, and new thinking. But even after three years the reality of funding pressures, passion vs ideas, and the drag of long haul conservation has taken its toll.

Thanks to Dr Bik and others for bringing this fresh new DNA to the wider discussion about the oceans. Now that she has, what are the solutions?

Here's a thought. A separate well funded think tank developed by large NGO's. This think tank will have the ongoing mission to develop next generation ideas and strategy for the oceans.

Think of it as a playground for wild creative thought tempered with science and boots on the ground realities. In short the kind of flexibility and free movement those on the other side of the conservation equation enjoy and exploit on a daily basis.

Posted by Horizon Charters Guadalupe Cage Diving at 9:10 AM No comments: