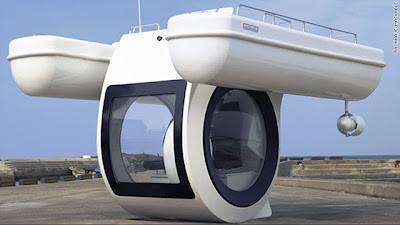 Occasionally newly developed technology offers us the ultimate application for commercial white shark diving - and this is it.

It's built by South Korean company, which plans to sell fleets of these Ego Semi-Submarines to resorts, and single units to individuals and yacht owners.

The company offers to build custom moorings for the craft, as well as hoists for yachts.

Who needs a shark cage anymore?

If you wanted the closest and driest encounter with a white shark that you could possibly get this would be it...and our company logo would look great on the side as well. 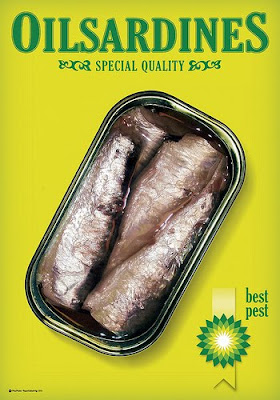 A few months into last summers Oilmageddon in the Gulf of Mexico, we had some harsh words for NOAA chief Jane Lubchenco.

One of the joys about this blog is that we get to front run issues that are obvious to all - but spoken by few.

We were not alone, as Congressmen John Tierney, Barney Frank, Massachusetts Democrats, and Walter Jones of North Carolina, all called for Lubchenco's ouster in that same year.

It did not happen.

This week others are calling for the head on a plate of NOAA's leader over an apparent "shredding scandal" of sensitive fisheries documents. According to Lubchenco's office shredding documents is not widespread within NOAA, and this was a one time anomaly.

The bottom line is this and we said it back in August, "Life is defined by moments of crises when people in positions of power are called upon to act beyond their constraints, rise above them, and lead."

Jane Lubchenco is incapable of leadership. She aptly demonstrated that during America's worst oil crises by towing the BP party line time and again, much to the shock and consternation of those who have been following her disaster of a career at NOAA.

So, once again, we are suggesting that Jane Lubchenco , "Pack her Disney lunch box with the picture of Ariel on it and begone from Washington, begone from ocean policy, and begone from any position that requires her to be in leadership."


More on the shredding scandal.
Posted by Horizon Charters Guadalupe Cage Diving at 8:02 AM No comments: