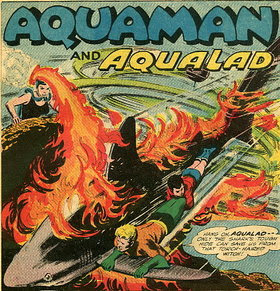 While we're on the subject of Crazy Invasive Fish Species (CIFS) and what to do about them, we would be amiss if we didn't introduce you to the Asian Carp.

Now you might be asking yourself as we did, what's up with all these Asian Invasion Fish?

We have no idea.

Anyway, this carp, (from Asia) is also known as the Flying Carp and basically it has completely taken over half of America. Really.

Now here's where it gets interesting. Unlike our friends in the U.K who are all but crying over the Giant Snakehead invasion, and don't get us wrong, that's pretty scary. On this side of the pond, good old American know how, fueled no doubt by Coors Light, has come up with a novel way to deal with the problem, and yes, it has something to do with weapons.

Let us introduce you to the American answer to Invasive Species: