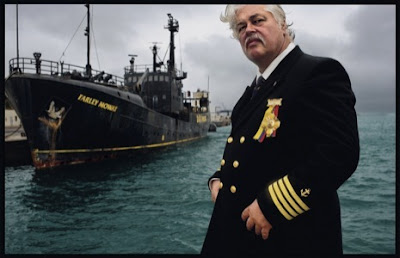 This week we highlighted what appeared to be a bald faced media fabrication sent out to Nine News - MSN by none other than Sea Shepherd’s National Director for Research, Vanessa Pearce. A SSCS organization title she now claims was never designated to her.

A person identifying herself as Ms.Pearce has come back to this blog refuting 90% of her story in the national news and the direct quotes in it (see blog comments). According to Sea Shepherds Ms.Pearce, Nine News - MSN reporter Sean Cusick misquoted much of her conversation to him in an interview she now claims she never gave to Mr.Cusick.

We have highlighted the actual quotes our blog and Sea Shepherds Ms.Pearce now agree are complete and absolute media fabrications about a whale rescue story in the national news that never happened:

Sea Shepherd members travelled on their ship Steve Irwin to a mass beaching of more than 50 sperm whales on the Tasmania's northwest coast on January 22 — but they were told their help wasn't needed despite carrying marine scientists and expert whale-saving equipment on board.

"When we arrived there on the Steve Irwin, we found about eight guys standing around with nothing but a bucket and a hose," Ms Pearce said. "We asked if we could help and they said, 'No thanks, we're fine'." The crew members claim to have witnessed one man dismembering a dead whale with a chainsaw just metres from another that was still alive, causing the live mammal even more distress and suffering.

We spoke in person with Executive Editor Hal Crawford from Nine News - MSN this evening. Clearly something was not right. Either his reporter made 90% of a story up in the national news as Ms.Pearce alludes, or Sea Shepherds Ms.Pearce is lying through her teeth again, backtracking on a national news story so fake, so egregious, that we felt the need to call it out in the first place.

Ms.Pearce is on record saying that Sea Shepherd vessel Steve Irwin was actually on site of a mass sperm whale stranding 1 22.2009 with "whale saving equipment" and was "turned away" by park staff. The documented fact was the Steve Irwin was almost 1500 nautical miles away at the time. The illusion to this story is that many SSCS whale staff and even a "marine scientist" were on hand to save stranded sperm whales. In fact only three actual SSCS volunteers made the trek out to the stranding site for what turned out to be a quick photo op with dead whales.

No whale saving equipment, no marine scientists, and no flagship vessel Steve Irwin.

The story we highlighted this week shows how Sea Shepherd routinely fabricates news for it's own purposes, namely eco donations, from a well meaning public who are subjected to "seriously massaged and erroneous" major media output by SSCS both in terms of news articles and reality television shows like Whale Wars.

Executive Editor Hal Crawford of Nine News - MSN had this to say today. As we suspected MSN backs their reporter 100% and has thrown Ms.Pearce and SSCS under the proverbial bus:

We absolutely stand behind the story posted to Nine - MSN as being accurate. I stand by reporter Sean Cusick as having given a fair representation of the conversation between him and Ms.Pearce. There's no question that she did speak with Sean Cusick and what she said to him in an interview was accurately represented as she told it. We will not be taking the article down anytime soon, we have no reason to.

The simplest answer to this he said/she said is the most likely. Nine News - MSN had nothing to gain by fabricating a whale story filled with whale saving gear, the Steve Irwin, and marine biologists. Additionally MSN reporter Sean Cusick has nothing to gain by adding deep story fabrications such as SSCS organizational titles for Ms.Pearce calling her Sea Shepherd’s National Director for Research.

On the flip side for an eco org that constantly seeks donor money, and who have willfully fabricated many eco storylines from elements of Whale Wars to an attempted assassination claim and video last season, this national news piece is in line with their ongoing disinformation campaign. Wagging the Conservation Dog.

Your money is important to the ongoing and unfortunately, global efforts, to roll back environmental disasters and unsustainable fisheries. Hundreds of NGO's are literally begging for donations to get serious and lasting work done. As we discovered first hand, donations to SSCS only Wag the Conservation Dog and do little to help move agendas forward or work with disparate groups for long term solutions.

SSCS has had 31 years to effect change. Fabricated eco news is the best they now have to offer the global eco movement in an attempt to capture your hard earned dollars.

If you want your donations to work, ensure whoever you donate to is transparent and can show metrics for success not just massaged eco news clips that cash in on the horror's of dead whales, seals, and sharks to fund more of the same. 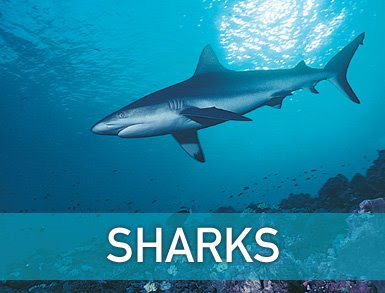 Wolfgang Leander got the shark scoop this afternoon from Washington DC.

With shark news from both the Maldives and now in the US it would seem this is has been a great week for sharks:

Some very good news coming out of Washington D.C today...The House of Representatives passed the Shark Conservation Act of 2009 (H.R. 81) yesterday. This bill would require sharks to be landed with their fins still naturally attached, which allows for better enforcement and data collection in stock assessments and quota monitoring.

For more information please read Oceana's press release (who also happened to be a driving force behind this initiative) and visit their website - specifically their shark section.

Editors Note:Kudos to those that made this happen. On the subject of first rate eco work support Oceana.org, they actually effect change with your money and your time. 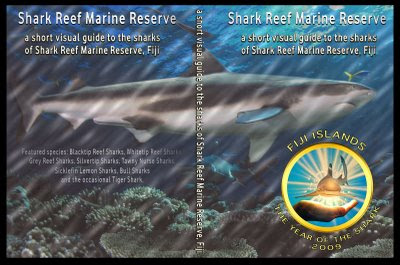 Saw this industry gem over at the BAD blog today and decided to cover it here. Count us in on the "first to order list":

Want to spice up your Shark Presentation?

As a Supporter of the Year of the Shark - Fiji, you can now order them at our dive shop: just call 3450 911 0r write to Info@FijiShark.com. We'll give them at cost and it's entirely up to you whether you hand them out for free as part of your Shark Awareness Course or mark them up and sell them instead.

However, please keep in mind that the footage is copyrighted to BAD and that you may not use it for any other purpose.

Vinaka!
Posted by Horizon Charters Guadalupe Cage Diving at 9:33 AM No comments: 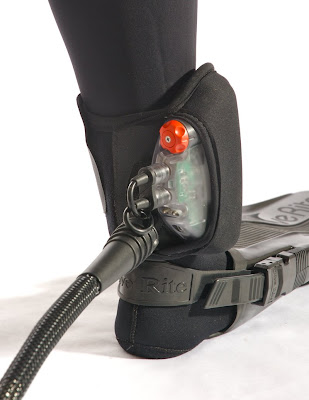 For one of the few technologies that actually work - when used correctly, we're not surprised by the news coming out of Australia this week. Nothing replaces common sense when dealing with sharks.

Sales of an Australian-made device to repel sharks are booming after three recent attacks in Sydney.

SeaChange Technology, the Adelaide company that produces the electronic "Shark Shield", says inquiries have tripled over the past two months and sales have increased by 50 per cent.

"We cannot keep up with production. Twice in the past two months we've increased our production line only to find immediately that we have to do it again," SeaChange Technology co-founder Paul Lunn said.

The device, which costs between $600 and $700 depending on the model, weighs 80 grams and can fit into the palm of a man's hand.It works by releasing electrical impulses that are painful to sharks within seven or eight metres.

"The shark is only affected while it's in the zone of the waveform of the unit. Once it gets out of that, there's no long-term damage at all," Mr Lunn said.Police dive squads in each Australian state have implemented a mandatory-use policy for the "Shark Shield" and NATO has accredited it for use by the military.

Editors Note: In response to increased use of Shark Shield technology by film and television companies, Shark Shield Pty Ltd has appointed Shark Divers as its official regulatory authority for the Northern Hemisphere.

Posted by Horizon Charters Guadalupe Cage Diving at 9:11 AM No comments: