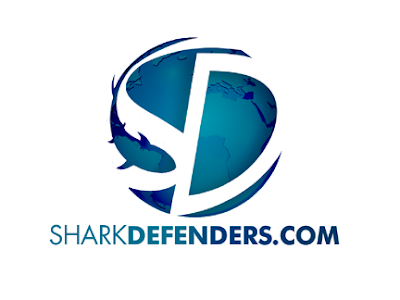 Admittedly one of the coolest Shark NGO logo and branding efforts goes to Shark Defenders.

They also have the pulse on all things related to Grey Nurse Sharks in Australia and they need your help.

As Da Shark in Fiji points out:


"Australia's Grey Nurse Sharks are critically endangered and it is imperative that we counteract the pressure by the NSW fishing lobby who wants to encroach on their aggregation sites. As SD correctly points out, individual testimonies are generally more effective than copy/pasting templates or joining petitions."

Please do submit your testimony.

Labels: NSW Grey Nurse Sharks, petition, shark defenders, we did it how bout u 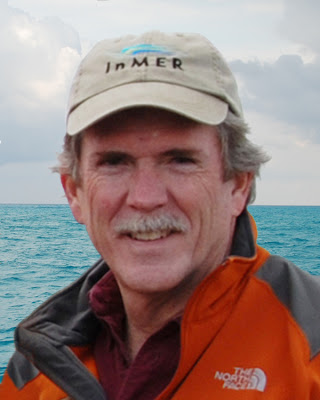 Over at the RTSea Blog filmmaker and friend Richard Theiss has an in depth recap of the recent Diana Nyad swim.

Richard was hired by the Diana Nyad team to document her attempt at swimming across the Florida Straits this week.

He was also part of the dive safety shark team hired to provide non lethal swimmer protection for sharks and lead by shark conservationist and Director of the Shark-Free Marinas Initiative, Luke Tipple.

The safety diver team was headed up by my friend Luke Tipple - marine biologist, dive safety officer on many television productions, and Director of the Shark-Free Marina Initiative. Several other leading pro-shark professionals were enlisted to round out a team of four but due to scheduling conflicts as the weeks wore on, some would have to regrettably drop out and others were called upon to fill in. From the first meeting held to discuss safety diver protocol right up to the moment of the event, one mutual understanding between the divers and Diana existed: in the course of ensuring her safety in the presence of any sharks, only non-lethal techniques would be employed. No harm would come to any shark in the course of our duties.


So resolute were the divers in this regard, that when the New York Times reported on Diana's upcoming swim and erroneously described her safety team as "divers with spears," there was a momentary blow-up and some of the team members chose not to be involved with an endeavor that would have them characterized in such an anti-conservation manner. In the end, while many - including the divers - wanted to downplay the "shark-infested waters" angle and focus more on Diana and the swim itself, eventually Diana laid out her position regarding sharks so that members of the ocean and shark conservation community could be put at ease - despite the media's ongoing fascination with a sensationalistic shark angle.


Her is a portion of what she wrote for CNN's Health blog, The Chart, "Our team has worked hard toward this world record. But it is of paramount importance to us that we achieve the dream in perfect harmony with all the creatures of the sea we encounter . In some regard, I am humbly asking the sharks of this particular ocean to allow me to skim across the surface of their home for about three days. I am duly respectful of them, their habits and their habitat, as is every individual on the Xtreme Dream Team.


We are humbly entering their world, their territory. Yes, let’s not be naïve. There is reason to take intelligent precautions for my safety. But it is imperative to me and every member of my team that those precautions be in the hands of a highly expert, experienced team of four divers who are versed for many years now in using cutting edge, nonlethal technology to deter sharks.


These divers dedicate their lives to raising awareness for sharks and persuading nations around the world to ban shark finning."

Of course, in times past, this proactive non-lethal approach would not necessarily have been the case. And I can understand any trepidation that Diana might have had regarding sharks. Consider her environment - constantly swimming, rotating her head to take a breath and check her position in relationship to nearby kayakers and support vessels. She just wouldn't have the luxury that scuba divers or snorklers have of looking around at what might be swimming underneath and that can certainly prey on the imagination.

Add to that, the media frenzy that surrounded swimmer Penny Palfrey, following her Cayman Island swim where she encountered several sharks that were mistakenly reported by the press as having been killed, and it became very clear to Diana that a pro-shark protocol sufficient to protect her and the sharks was needed. We had a range of steps and options with regard to any shark encounter, but rather than detail them here, you can read about them at Luke Tipple's website.

Ultimately, Diana's safety diver team consisted of Luke, myself, Capt. Rob MacDonald, and Capt. Jon Rose. We were ready to go; the August tropical storm/hurricane season was bearing down and the windows of opportunity were narrowing. When tropical storm Emily, which was initially bound for Cuba and then the eastern Florida coast, dissipated unexpectedly, a potential weather window had opened. The word went out: the time is now.

Posted by Horizon Charters Guadalupe Cage Diving at 8:56 AM No comments: