Bahamas Sharks - Cause for Celebration! 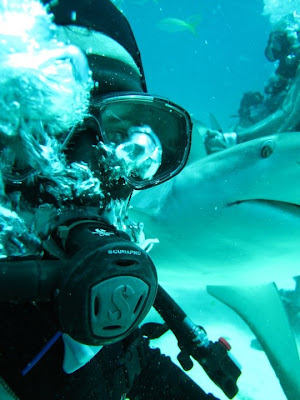 Sharks in The Bahamas can breathe more easily after the nation’s government announced today that all commercial shark fishing in the approximately 630,000 square kilometers (243,244 square miles) of the country’s waters is now prohibited.

“2011 is fast becoming the year of the shark,” said Jill Hepp, manager of global shark conservation for the Pew Environment Group. “Today’s announcement permanently protects more than 40 shark species in Bahamian waters. We applaud the people and government of The Bahamas for being bold leaders in marine conservation.”

The island nation joins Palau, the Maldives and Honduras in prohibiting the commercial fishing of sharks. Together, this adds up to almost 2.4 million square kilometers (926,645 square miles) of ocean, where these animals can now swim safely. The Bahamian sanctuary was created by adding an amendment to the Fisheries Resources (Jurisdiction and Conservation) Act (Chapter 244) to prohibit commercial shark fishing along with the sale, importation and export of shark products.

“The Bahamas’ prohibition on longline fishing gear 20 years ago protected the marine resources of The Bahamas and ensured that our shark populations would remain healthy,” said Eric Carey, executive director of The Bahamas National Trust (BNT). “But there were no specific laws in The Bahamas for sharks, the crown jewels of ocean health. The new regulations signed this morning by Minister Cartwright, ensure that that sharks can continue to thrive for generations in our waters, one of the world’s best places to see sharks.”

The new sanctuary is the result of a partnership between the Pew Environment Group and BNT, which began just as a major Bahamian seafood company announced its intention to catch sharks and export their fins. Globally, commercial fisheries kill up to 73 million sharks annually (threatening the future existence of many species)—mainly for their fins. The collaboration between the Pew Environment Group and BNT produced popular public service announcements and a supportive petition signed by more than 5,000 Bahamians. Staff also coordinated outreach trips to support shark protections by Pierre-Yves Cousteau (son of Jacques Cousteau), scientist and artist Guy Harvey, and Sherman’s Lagoon cartoonist Jim Toomey.

“We congratulate the Right Honorable Hubert Ingraham, the Bahamian Prime Minister, and Lawrence S. Cartwright, Minister of Agriculture and Marine Resources, for acting to save sharks, the ocean’s apex predator,” said Hepp. 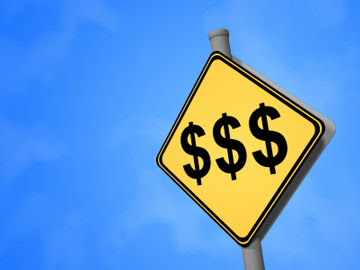 Most arguments invoked so far by the scientific community in favour of shark conservation rely on the ecological importance of sharks, and have little impact on management policies. During a 57-month study, we were able to individually recognise 39 sicklefin lemon sharks that support a shark-feeding ecotourism activity in Moorea Island, French Polynesia.

We calculated the direct global revenue generated by the provisioning site, based on the expenses of local and international divers. The total yearly revenue was around USD5.4 million and the 13 sharks most often observed at the site had an average contribution each of around USD316 699. Any one of these sharks represents a potential contribution of USD2.64 million during its life span.

We argue that publicising economic values per individual will be more effective than general declarations about their ecological importance for convincing policy makers and fishers that a live shark is more valuable than a dead shark for the local economy. Studies monitoring the potential negative ecological effects of long-term feeding of sharks should, however, be conducted to ensure these are also considered. Besides declarations about the non-consumptive direct-use value of sharks, as promoted by ecotourism, the calculation of their other economic values should also benefit shark conservation.

Sharkatag 2011 - Tope numbers down - no sign of cuckoo, blonde or spotted rays. 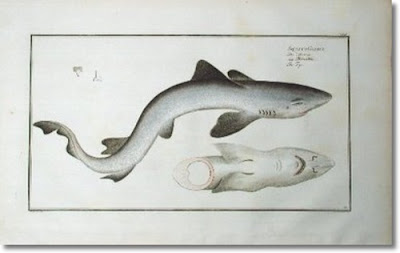 Are Scottish tope shark stocks in decline and will we ever see any rays again?

These are two of the questions facing sea anglers and Scottish fisheries managers following last weeks Sharkatag, as, for the third year in a row, the numbers of tope caught declined and no rays, other than thornbacks, were caught.

Sharkatag, held annually in South West Scotland, is the premier shark tagging event run by the Scottish Shark Tagging Programme (SSTP - www.tagsharks.com) . Last weekend, it once again received terrific support with anglers coming from all over the UK and fishing from over 50 boats and over 20 kayaks. As ususal, whilst there were many tagging stalwarts at the Event, a good number of newcomers to the sport and Sharkatag were also welcomed.

According to Willie Kennedy of the Events Organising Team :

"On Friday expectation was high, the weather was reasonable, the tides were right but in terms of the number of fish caught, it was quite disappointing; Saturday was equally difficult with the boats fishing off Ardwell having the most success, sadly the strong southerlies on Sunday made the day a washout - the first blown off day in the history of Sharkatag !

But whatever the conditions, it doesn't seem to dampen the spirits as feedback from one of this year's newcomers, Alasdair Fyfe, shows :

"We had a fantastic time at Sharkatag 3, it was truly a remarkable time. I have to say a big thank you to everyone for all their help and advice during the 3 day event. Weather was not too brilliant but the atmosphere made up for the conditions. We are all looking forward to getting back out next year. Just cant wait. Thanks to you all."

"Evidence from this and previous years Sharkatags seems to confirm the anecdotal evidence that tope numbers are continuing to fall on an annual basis. We cannot be sure whether this is down to overfishing on their wintering grounds or a change in their Northern migration route due to some factor or another.

"Equally concerning is the data shows thornback ray stocks seem to be improving slightly, but not one cuckoo, blonde or spotted ray has been caught. Twenty years ago these species were abundant in the region - we need more research to find out why these fish are disappearing, but of course, funding is a major problem."

In a recent press release by Cabinet Secretary Lochhead said :

"Protecting vulnerable marine species is crucially important. Some shark, skate and ray populations are critically endangered and already protected from commercial fishing. However, these species need additional protection and so Scotland intends to introduce a new protection order to help stock recovery."

However, thanks to all the volunteers who have put so much effort into tagging over the last 20 years or so, the findings of the Radford economic study and a substantial educational programme, the SSTP has been able to show that the recreational 'shark' fishery contributes around £60 million/yr to the Scottish economy and that anglers can fish for those species without impacting stocks.

Consequently, recreational sea anglers will be able to continue to fish for the various species on a 'catch and release basis'.
Posted by Horizon Charters Guadalupe Cage Diving at 7:43 AM No comments: