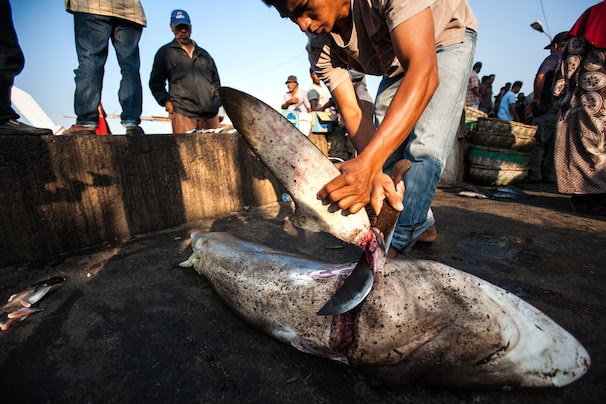 Have the Chinese seen the light and stopped eating shark fin soup?

According to an article in the Washington Post that is exactly what is happening in China. The report states that  "consumption of shark fin soup in China is down by 50 to 70 percent in the last two years,”

It goes on to state  "Thanks to a former NBA star, a coalition of Chinese business leaders, celebrities and students, and some unlikely investigative journalism, eating shark fin soup is no longer fashionable here. But what really tipped the balance was a government campaign against extravagance that has seen the soup banned from official banquets"

We talked about this a few months back, when China first announced that they would stop serving shark fin soup at state dinners and we are happy to see that the changes are happening faster than anyone anticipated.

We are always happy to report when things are changing for the better and want to thank the Chinese people for caring about our Oceans and the sharks that are such an important part of it.


About Shark Diver. As a global leader in commercial shark diving and conservation initiatives Shark Diver has spent the past decade engaged for sharks around the world. Our blog highlights all aspects of both of these dynamic and shifting worlds. You can reach us directly at staff@sharkdiver.com
Posted by Shark Diver at 3:41 PM No comments: