There's a saying in the world of commercial shark diving "smaller is better". We're moving away for a moment from some of the larger operations out there to look at a local company that get's almost no press-Sea Horse Dive Shop Belize:

Join us in the months of March, April,May, and June when whale sharks are observed at the Gladden Split Area by divers and snorkellers.

This species, despite its enormous size, does not pose any significant danger to humans. It is a frequently cited example when educating the public about the popular misconceptions of all sharks as "man-eaters". They are actually quite gentle and can be playful with divers. Divers and snorkellers can swim with this giant fish without any risk apart from unintentionally being hit by the shark's large tail fin.

Editors Note: At $150 per diver per day - Whale shark encounters here are a "bargain".
Posted by Horizon Charters Guadalupe Cage Diving at 9:41 AM 1 comment:

We have been very pleased at the growth of Underwater Thrills: Swimming With Sharks over the past 8 months. When this blog was first proposed we thought "Eh, another blog, who needs it?"

Turns out about 10,000 of you need it, each and every month. For that we are grateful, thanks sharkies. But there's one fan from Piedmont, California who's spending more time with us than might be considered "healthy". Our Google stats reveal this one person spent on average 706% longer on our blog site than any other person who visited this month.

Now we're pretty sure this person is not sitting by his computer with a big novelty #1 finger that says "Go Shark Diver!". If this is the case we want to meet you.

Just wanted to point out that summer is still here and Piedmont has loads of parks and trails to explore. Get out have some fun, enjoy the wilderness, and come back to us when your site visit average dips down about 650%.

We'll be here when you have had a chance to smell the roses. Go on, you can do it...

Posted by Horizon Charters Guadalupe Cage Diving at 8:32 AM 1 comment:

Labels: california, piedmont, time wasted in front of a computer reading out stuff when you could be on twitter, underwater photography

Shark Tourism-Rock and a Hard Place 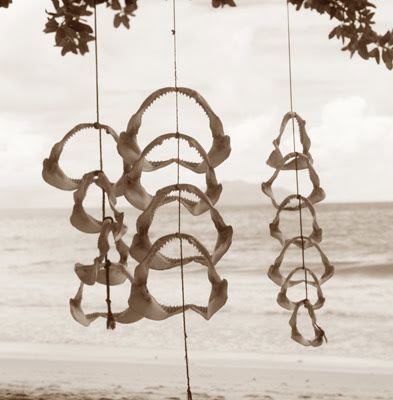 Some horrific news today from South Africa as owner operators of several well known dive shops were confronted with the sight of tons of dead sharks this week.

South Africa's shark tourism is on the front lines in the ongoing issue of sustainable shark tourism vs shark meat and raw product use:

Eco-tourists who dive with sharks off Miller's Point are up in arms after being confronted by the sight of fishermen offloading tons of dead sharks from boats awash with blood.

Many of the divers are international tourists who travel to South Africa specially to see sharks, which have been wiped out in other parts of the world.

But Tony Trimmel of the Kalk Bay Boat Owners' Association said commercial fishermen targeted sharks only when lucrative species like yellowtail and snoek were unavailable.

"They don't target sharks on a daily basis-but they have to make a living."

Editors Note: Worldwide this is an ongoing problem with use groups who both have the right to either fish or interact with sharks. In other areas of South Africa the demands for shark fins and meat is so high that fishermen are taking sharks from Marine Protected Areas.

Like we said many months ago "It's a race between the raw product use of sharks and sustainable tourism". That's the Rock and the Hard place.
Posted by Horizon Charters Guadalupe Cage Diving at 7:58 AM 2 comments: