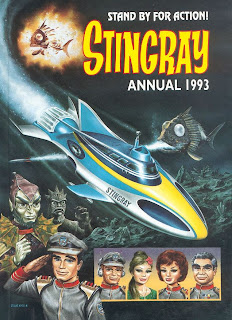 There's a new paper from Guy Harvey's team about Cayman Island's hugely successful wild animals encounter, "Stingray City" and what rampant and uncontrolled commercialism of species does to feeding and movement patterns.

Oh and it's not good, in fact it reads like an old school NY Mob Indictment:

"We saw some very clear and very prominent behavioral changes, and were surprised by how these large animals had essentially become homebodies in a tiny area," says study co-author Mahmood Shivji, director of the Guy Harvey Research Institute and NSU Oceanographic Center professor, who led the study."

Ok, so we knew this was an issue going back to 2009 but what of the broader implications of this report?

Commercial shark diving has struggled over the past decade for relevance and acceptance in the broader tourism space. Resorts and developments still do not want shark diving in their waters but might consider a home spun Stingray City as a gateway to shark diving down the road. In fact we know of three large chain resorts and two cruise lines who are in development stages right now for wild encounters with Stingrays based on the Cayman model.

We have no doubt that a few will drop out of planned Stingray encounters based on this report and that has implications for commercial shark diving. It might be suggested that sharks are also being conditioned in a similar manner - you know that old chestnut.

Regardless, for resort and developments to accept commercial shark diving they must first become accustomed to for profit wild animal encounters that directly benefit the resort, not a third party tourism offering, but an actual on site encounter model.

You may also ask why it is important for resorts and developments to even care about commercial shark diving. Because once they become invested in the oceans they also become good stewards of the oceans. Resorts foster and protect sustainable and revenue generating tourism offerings, so to have resorts care about regional shark populations - is a net positive for sharks.

Wild animal encounters are not a perfect match. They never have been, some are better then others, some, like the Caymans, are in desperate need of hard and fast rules and regulations. One thing that is not up for debate is the continuing and evolving need for broad based best practices leadership in the wild animal encounter space.

About Shark Diver. As a global leader in commercial shark diving and conservation initiatives Shark Diver has spent the past decade engaged for sharks around the world. Our blog highlights all aspects of both of these dynamic and shifting worlds. You can reach us directly at sharkcrew@gmail.com.
Posted by Horizon Charters Guadalupe Cage Diving at 2:44 PM No comments: 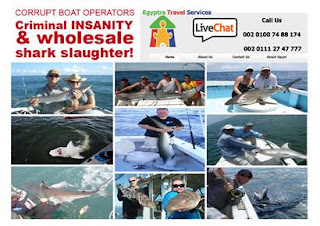 We just found this website and we have to say it's a great idea and perhaps an actual solution or stop gap measure to the question of shark sanctuaries and enforcement.

Welcome to the fine folks from HEPCA who have had enough of sharks being taken from the Red Sea and are on a "name and shame campaign" to put a stop to it.

It's a fine concept that needs a little help, like a Facebook side, and a smartphone app, and an actual website that enables divers and boaters to submit real-time reports and images of sanctuary violators direct to government agencies.

Come to think of it maybe a site like Dive Sentry which is basically an in depth version of what the folks over at HEPCA are moving towards?

Regardless, it is good to see this kind of non NGO push for safer sharks, kudos to all.

BTW Dive Sentry is still looking for a good NGO home, it's ready made and ready to roll, know anyone who has the need?

About Shark Diver. As a global leader in commercial shark diving and conservation initiatives Shark Diver has spent the past decade engaged for sharks around the world. Our blog highlights all aspects of both of these dynamic and shifting worlds. You can reach us directly at sharkcrew@gmail.com.
Posted by Horizon Charters Guadalupe Cage Diving at 1:48 PM No comments: