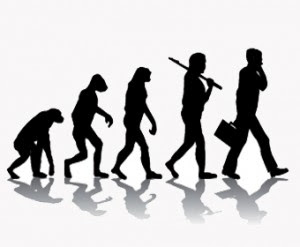 1800 blog posts and two years later Underwater Thrills has commented and opened the conversation on pretty much everything in the shark world, both good and bad.

One of the things we noticed, along with other early bloggers, was the need for our industry to show leadership.

Leadership in the form of conservation initiatives, film productions featuring sharks, and operations that treated the host country, the sharks and our divers with the same respect our industry was asking from politicians and those who would oppose commercial shark diving.

Today I was sent a blog post that made complete sense, from an industry member we have featured in the past reacting to major media and images online that served to reinforce the notion that our industry was populated by high octane thrill seekers with little care for the resource or the animals.

This post is a 180 degree change from earlier media and needs to be read far and wide. The writer makes complete sense and by challenging the "status quo" of the industry or even proposing ideas and plans for the future that others might disagree with is showing that quality that is most needed, leadership.

Our industry can only hope to be all that it can with open discussion. Painful though it may be sometimes it is necessary to look at where we once were, and visions for the future. 2010 was a sea change of opinion, web changes, operator lead shark initiatives, and positive media for sharks lead by operations who reacted to or who were lead by change.

Kudos for the post. We may not see eye to eye on 99% but when we do, it's nice to know someone will step out and get recognized.
Posted by Horizon Charters Guadalupe Cage Diving at 7:50 PM No comments: 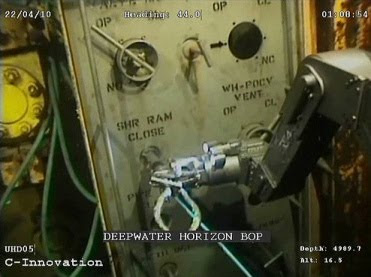 For those interested in the ongoing efforts to stop 42,000 gallons of oil a day leaking into the Gulf of Mexico NOAA has set up a strategic media site with regular updates. 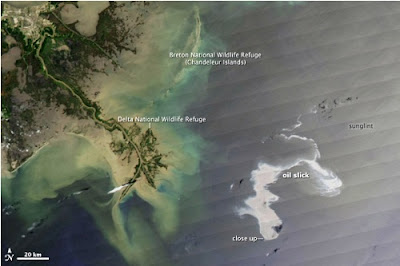 The stock is up about 2% this year, lagging rival Royal Dutch Shell.

Meanwhile in the Gulf of Mexico an oil spill disaster at a BP well continues to spill 45,000 gallons of oil a day into the ocean. US law requires oil companies to pay for oil spill clean ups.

We're not financial wizards at this shark blog but shorting BP stock at this point might seem like a sound financial strategy:

Posted by Horizon Charters Guadalupe Cage Diving at 9:23 AM No comments: