Shark Science - Run Over by Media 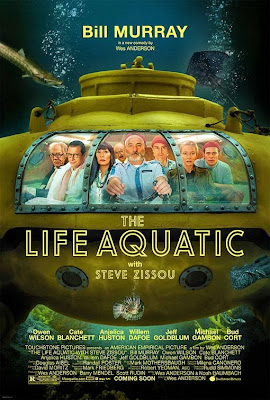 Last week we posted the Suns media hit on shark feeding behavior. The article likened all sharks on a general level to London's infamous "Jack the Ripper".

Typical shark media for the mainstream folks who often go to great lengths to instill a fear of sharks with the public.

What was not mentioned in our blog post was the origin of this media hit, a research paper by University of Miami's Neil Hammerschlag.

Here was the email we got today from Neil explaining how his research paper became the "shark topic de jour" this week:

This study is getting a lot of attention; however it is as misunderstood as sharks. Some media are sensationalizing/twisting the results of the study to sell papers. I hope readers will be more critical and seek out the real scientific paper.

In this study, a technique called geographic profiling (originally developed as a criminal investigation tool) was applied to analyze patterns of white shark predation on seals at Seal Island, in False Bay, South Africa.

Sharks hunt to eat. They are predators and seals are their prey. Serial killers have mental disorders and such disorders cannot be applied to animals. The study does not characterize sharks as serial killers in anyway, just that white sharks are more complex than we originally thought.

Sharks are constantly swimming, and unlike other animals they do not have the equivalent of a den, nest, or burrow. Therefore, establishing the existence (including location, size, and shape) of a search base or “centre of gravity” for a search pattern could provide important insight into their hunting behavior.

By applying geographic profiling, the study found that sharks are not mindless killers, but are in fact using sophisticated hunting strategies. The study found that sharks appeared to be hunting in an optimal manner geospatially. Sharks processed a well-defined anchor point or search base, but not where the chances of prey interception were greatest. This location may therefore represent a balance of prey detection, capture rates, and inter-shark competition.

The study also found that smaller sharks had more dispersed prey search patterns and lower kill success rates than larger sharks. This could mean that white sharks refine their search patterns with experience and learn to concentrate hunting efforts in locations with the highest probability of successful prey capture. It might also be that larger sharks competitively exclude smaller sharks from the best hunting areas.

The most important thing is conservation of these magnificent animals.

If you read the study published online today in the Journal of Zoology, I am sure you will find it very interesting.

Posted by Horizon Charters Guadalupe Cage Diving at 8:55 AM 2 comments: