The Theiss Factor - Genius is Genetic! 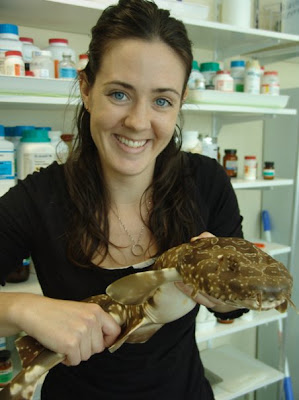 Last week the shark world lit up with the recent results from a study that said sharks are color blind.

Take that Yum Yum Yellow believers, we know it has been a hard week for you, but heck science ain't here so you can come up with crazy shark myths.

For us the exciting moment in this study was not the study itself but the team behind it and one name that stood out like a beacon - Dr. Susan Theiss of the University of Queensland.

Could it be that this Theiss was related in anyway to another well known Theiss at RTSea Blog and RTSea Productions?

A quick phone call to Richard Theiss at his home in California confirmed all our suspicions, "Yup, that's my niece", said a very proud uncle on the other end of the line.

What is it with Theiss clan and sharks?

You'll note that RTSea Productions was behind Island of the Great White Shark an award winning look at both shark tourism and research working in tandem at Isla Guadalupe, Mexico...and now this.

For those of you who read Richards blog you'll also note the uncanny scientific manner in which he distills complex issues down to a readable and digestible format, a trademark blog style that has rocketed Richards readership to one of the top Blue Blogs out there right now.

Kudos!
Posted by Horizon Charters Guadalupe Cage Diving at 11:00 AM No comments:

Stefanie Brendl Needs One Voice - Yours 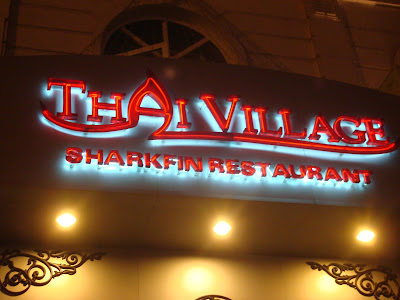 Commercial shark diving operator turned full time legislative shark conservationist, Stefanie Brendl, has an urgent request for one voice today - yours:
Some of you will have already heard about the shark fin bills (based on last years Hawaii fin bill) in progress in Guam and the CNMI (Commonwealth of the Northern Mariana Islands).
CNMI
CNMI legislator Diego Benavente introduced almost the exact same bill as Hawaii last August, prohibiting possession and trade of shark fins. The measure has travelled through the House and Senate and has made it to Governor Fitial's desk, waiting to be signed into law. The opposition has mounted a last minute full blown effort to kill this bill. All hands are needed to help this bill take the last hurdle.

When Senator Hee and I were there in December, Governor Fitial stated that he would be in support, but lobbying by opposition has caused a delay of the signing and has endangered passage of this bill. Short, but powerful statements from all Shark and Ocean conservation organizations will help push this over the finish line.

We didn't need it until now.

But its time to bring everything we have to the table! Passage of this bill is key to setting the pace in the region. With Guam and other Islands considering shark fin legislation it is imperative that this bill will pass into law!
So please take a few minutes to urge Governor Fitial to sign bill HB 17-94
Deadline: Now
Send email or call
fitial@yahoo.com
(670) 664-2282
(CNMI time zone is GMT +10)
GUAM
Vice Speaker BJ Cruz and Senator Rory Respicio of the Guam legislature introduced a similar measure last week.

Strong opposition is already mounting in Guam, mostly from the fishing community and some members of WESPAC (Western Pacific Fisheries Council, the regional Fisheries Management Organization). Some of this opposition is based on the misunderstanding that this bill will affect local fishermen, but as they do not fin sharks, (which is now illegal due to the Federal Shark Conservation Act), this bill will not hinder their fishing activities. It will disrupt the commercial take of sharks and fins, which is beneficial to all fishing communities.

Explaining your view on why sharks are important to the ocean eco system and why such legislation is necessary in the form of testimony will be most valuable.
Posted by Horizon Charters Guadalupe Cage Diving at 7:02 AM No comments: