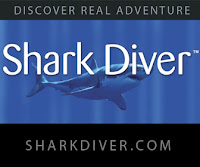 Karl Stanley, owner of the private deepwater submarine in Honduras sent us a link to a new reality movie he's just completed. We have a feeling it's going to be a very popular movie. Before you watch this let us explain Karl to you.

He can be summed up in three words:

In the end this is what life is all about. One man, one submarine, and a whole undersea world that no one has ever seen before. Think of him as the Columbus of his time...with a crazy sense of humor: 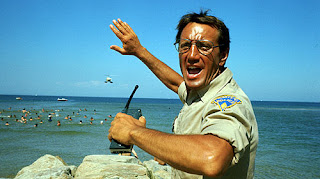 Who didn't like Roy Scheider, the geeky tough guy town sheriff from Jaws?

In a movie that had more eco-blow back for sharks than any single movie on the planet, his was a legacy that no one could have imagined.

From the LA Times:
He probably will be best remembered for his role as Martin Brody, the water-shy police chief in "Jaws" (1975) who uttered the immortal line: "You're gonna need a bigger boat," after seeing the size of the shark. He once lamented that the role "will be on my tombstone.

To his tribute, and as a reminder of how far we have come in the understanding of Great Whites here is that fateful scene from 1975 that sent us and 25 million others out of their pools, lakes, ponds and oceans for an entire summer:

Posted by Horizon Charters Guadalupe Cage Diving at 7:46 AM No comments: