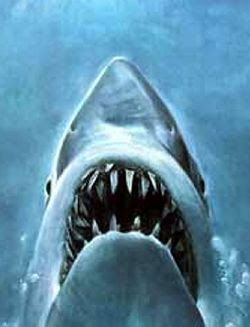 Missing from the Hawaii debate about commercial shark diving is definitive data. The anti-shark diving lobby has little interest in research and data, while in other countries, some might even suggest, more enlightened countries, the balance between sharks and man is one that will be decided by long term research and study:

WITH Nelson Mandela Bay positioning itself as the water sport capital of Africa, the municipality has given the go-ahead for research on sharks in the city.

This follows reports over the years of shark attacks at coastal towns around the country. At a sports, recreation, arts and culture committee meeting yesterday, councillors agreed the research was necessary to reduce the risk of attacks.

The committee agenda, signed by executive director Zolile Siswana, said “the objective of achieving the position of water sport capital of Africa could be threatened by the possibility of frequent shark attacks in the city”. “A single shark attack would have a negative impact on water, sports and tourism"

“This has prompted various interventions by the KwaZulu Natal Sharks Board and Cape Town Uni-City Shark Spotters programme. These efforts (shark nets and drum lines) reduced shark attacks tremendously.” Marine scientists in Nelson Mandela Bay do not have enough information on Great White sharks or data to establish the possible risk to the public and open-water events in the city.

They do, however, have information on shark populations, migration and behavioural patterns. According to Siswana, the economic development and recreational services shark contingency plan addresses the first-response aspect of shark attacks.

“This emergency plan is simulated regularly. As great white sharks are the biggest threat to the public, safety research would ensure a more efficient response time by our lifeguards and emergency services.” The municipality will commission a shark specialist and marine scientist to conduct the research.