Death in the Bahamas-Shark Related? 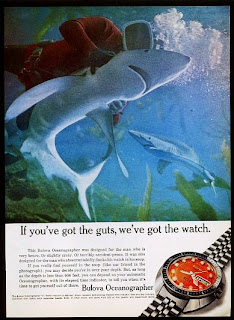 The shark attack story coming from the Bahamas continues to evolve and as expected the industry has broken into two distinct camps. One look at either the Wet Pixel site or Scuba Board will give you a clear look at how high emotions are surrounding this unfortunate death.

As the hard facts coming from this event have all but ceased, speculation on what caused this divers death have ranged from outright shark attack, to embolism brought about from an uncontrolled ascent.

Even the dive sites location story line has changed from Tiger Beach to a new local somewhat prophetically called "The end of the world".

There are some hard facts that we do know:

1. The Bahamas Dive Association did send a Cease and Desist letter in 2006-7 to all operations in the Bahamas referring to non caged encounters with macro predators. They went as far as specifically identifying the species that might put divers at risk. It was clear and concise. There are some who might argue the legal weight of this C and D, but the fact remains we, as an industry who advertise, book and take divers to this pristine dive site were put on notice.

2. Jimmy Abernathy had no cages on site at the time of this shark attack.

To: All Dive Operations Conducting Questionable Dangerous Species Shark Interactions in the Waters of The Islands of The Bahamas

To Whom It May Concern;

We have become aware that some dive operators have chosen to disregard standard safe-diving practices as it relates to interactions with Tiger Sharks and other potentially dangerous species of Sharks, in various locations within the waters of The Islands of The Bahamas.

The Bahamas Diving Association endorses and suggests all dive operators in the legal waters of The Islands of The Bahamas follow GMAC guidelines for conducting potentially dangerous marine-life and human interactions.

Species that we have determined safe to interact with outside of a cage are Caribbean Reef Sharks, Black Tip Sharks, Black-Nose Sharks, Nurse Sharks and Silky Sharks.

Many operators in the Bahamas conduct shark diving interactions with ‘safe’ species, and have done so for over 25 years without a major incident. However, due to the potential negative behavioral reactions of Tiger Sharks, Bull Sharks, Hammerhead Sharks, Lemon Sharks & Mako Sharks, purposeful feeding or interaction with these species without a proper shark cage is highly discouraged.

The Bahamas Dive Association (BDA) would be glad to help communicate industry-standard safe shark interaction practices, should you need any assistance with your procedures.

This letter will be copied to the Bahamas Government, plus all diving insurance and training agencies serving The Islands of The Bahamas.