Island of The Great White Sharks-Baltimore 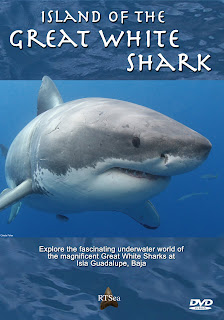 Well, I’m back home from a screening/lecture of Island of the Great White Shark at the National Aquarium in Baltimore. A very impressive and proactive aquarium and a great group of people. They had quite an itinerary laid out for me – from interviews to tours of aquaculture facilities to a great dinner of Baltimore’s famous crab cakes!

Did an interview for Fox morning television. Was also interviewed by the Aquarium’s communication staff for inclusion in their web site, blog, and quarterly member publication.

The screening went well – great projection and sound system. It gave me an opportunity to discuss many of the issues regarding these animals and sharks in general and to stress the importance of everyone who is concerned with marine conservation to become more proactive by their own example, through the visionary leaders they support, and through their actions to influence others.

Probably, the best compliment of the evening came from the director of membership who said several people came up to her to tell her, “This is why we joined the aquarium as members, for programs like this.”

Also, at a pre-screening mixer, met the director and several board members – many of whom live and have contacts in Washington DC, so who knows where it could all lead down the road.

Posted by Horizon Charters Guadalupe Cage Diving at 11:08 AM No comments:

Sea Shepherd-Time to Depart From The World Scene? 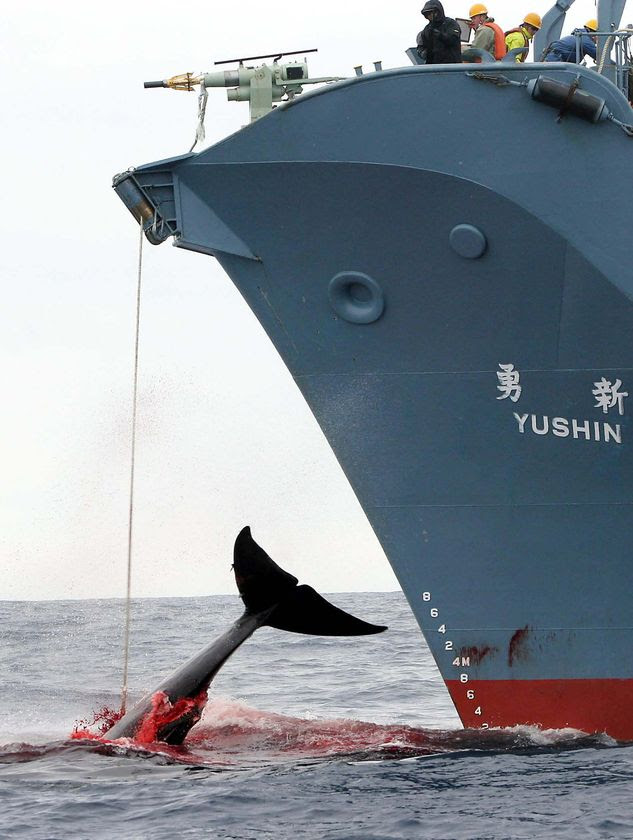 Here's why we would like to see Sea Shepherd depart as gracefully as they can from the international eco-scene.

For the past year we have been carefully watching the "main event" for the big non profits, the battle to save whales and enlighten the public over Japan's involvement in the ongoing commercial whale slaughter on the Southern Ocean.

Both Greenpeace and Sea Shepherd had vessels on site in 2008 chasing hunter and factory ships here. We became increasingly disillusioned and then stunned at Captain Paul Watson's ratcheting hysteria, false claims against the Japanese, and multiple bogus media reports.

These wild reports depicted an eco organization not in touch with anything except making headlines for it's self and titular head. Sea Shepherd anti whaling crews who were "held hostage" by the Japanese were only there when Watsons vessel sailed away "abandoning them" on Japanese whaling vessels.

At one point Watson went as far as claiming he had been shot by Japanese whaling crews, a news report that was picked up verbatim by almost every blog and media source on the planet.

Unfortunately, the entire report was a media charade, and Watson had never been shot. The media had a field day with a video of a bullet proof vest and Watsons surprised look, but no follow up has ever been done by Sea Shepherd and he has not submitted his vest or bullet for any testing to authorities...ever.

But this is not the main reason for wanting to see Sea Shepherd gone. It's the quality of eco-work that is lacking from Sea Shepherd. Paul Watson believes that just showing up with a vessel and creating a bogus media storm by throwing around wild accusations is enough to change the public's view and change political policy. For all intents, once he has departed the area of operations Sea Shepherd ceases to remain on message, choosing instead to highlight the "next big thing".

The term for this is "drive by eco-news". What is needed is follow up, undercover work, and dedication. Case in point Greenpeace Japan announced today that it's members in Japan have uncovered what happens to a large amount of the scientific whale meat harvested from the Southern Ocean. In a stunning revelation they have found much of it gets distributed as a form of graft within Japan, either stolen, or "disappeared" by the crews of the government run whaling vessels. It has created a stir within Japan, where graft is considered a social faux pas and a culturally sensitive topic. This is how you change policy.

For Watson and Company they seem to have missed this point. It is time to consider retirement lest Sea Shepherds legacy devolve into that of hysterical non effective eco crazies who no real agenda but the next fake news report depicting events that never really happened.

Isn't the stark reality of whale hunting enough without the self imposed media theatre that Watson and Sea Shepherd bring to the international scene?

How much harm does this do to legitimate eco groups worldwide who are increasingly seen though the same lens?

Posted by Horizon Charters Guadalupe Cage Diving at 8:07 AM 3 comments: