We would like to congratulate Sea Shepherd and Animal Planet on a fantastic staged event for television - perhaps one of the best staged disaster moments of 2010.

As production people ourselves we know the hazards and very real dangers of staging live disasters for television. It's a highly technical world only professionals can effectively operate in.

Multi-million dollar staged disasters are often canceled at the last minute due to OSHA (Occupational Safety and Health Administration) non-compliance or studio fears of death and dismemberment. Sea Shepherd on the other hand have found a way to circumvent all of the requirements for staged disaster television by only allowing volunteer crews and staging the events against non-paid, non-union, Japanese whalers.

By-passing all clean environmental requirements for television productions by producing this man made disaster in the Antarctic ocean was another master stroke. The clean up of several thousand gallons of bio diesel spilled by the Ady Gil and retrieval of the vessel from the sea floor would have cost Sea Shepherd and Whale Wars Productions millions if this disaster had been filmed in the USA.

Managing to move Sea Shepherds $2 million dollar vessel Ady Gil into the path of Japanese whalers was a quirk of nautical timing by a seasoned captain who knew his vessel and the direction wind, waves, and engines were carrying it. Catching the whole thing on video from the Bob Barker at just the right angle was pure reality television.

We were doubly impressed with the witty and show branding quote from SSCS Paul Watson immediately after the stunt, "Now we're in a Real Whale War!" reminding the global audience that this is, after all, Must See TV!

Sea Shepherd Conservation Society have clearly evolved from earlier staged productions such as Paul Watsons being shot by Japanese whalers. In terms of production quality and emotional leverage that earlier staged event was not one of the top three of the 2007 reality television season.

Kudos to Sea Shepherd Conservation Society, Paul Watson, and Animal Planet for once again bravely leading the way into a new decade of reality television firsts. The televised disaster staging they have created together keeps getting better and better, and their complete and ongoing circumvention of all production norms and safety regulations allows their organization to literally shoot-for-the-moon.

We're looking forward to more man made disasters in the coming months! 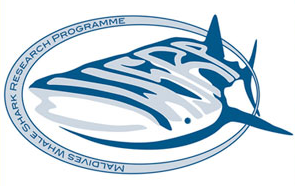 The DC Rainmaker Blog has an in depth first person report of whale shark research in the Maldives this week.

We had the pleasure of meeting the DC Rainmaker folks at Isla Guadalupe during the filming of Shark Diver: The Movie in 2009.

"The Maldives Whale Shark Research Programme (with an ‘e’ at the end, British style…) was founded in 2006 by a group of marine biologists looking to setup a permanent facility in the Maldives to study whale sharks. Unlike many other areas of the world, it appears a bunch of the whale sharks actually stick around the Maldives year round, providing an excellent opportunity for long term research. Though they don’t quite yet have the financial resources to stay year round, the goal is to be able to rotate teams and individuals to the island for sustained continuous research."