It came not in the form of a trip to a distant dive site, or a new discovery, or even a conservation success.

The holidays this year came in the form of our own branded dive watch by Helson Watches.

Welcome to the Shark Diver perhaps the coolest piece of shark diving tech you can own this year or next.
Posted by Horizon Charters Guadalupe Cage Diving at 3:49 PM 6 comments:

Labels: waddaya know, what the hell it's x-mas

In depth industry papers on shark tourism are a must read.The Ningaloo Coast region of Western Australia has been a mainstay for sustainable whale shark tourism for the past decade. A new paper is now out.

We assess a range of variables for their relationship to individual expenditure per trip and determine that the duration of stay, household income, age, staying in a hotel, trip motivation and being from North America or Southeast Asia positively correlate with individual expenditure per trip. Group size and originating from Germany or the United Kingdom and Ireland negatively correlate with expenditure. In addition to identifying future steps, we also discuss the relevance of our finding that more motivated participants have a higher expenditure for ecotourism. 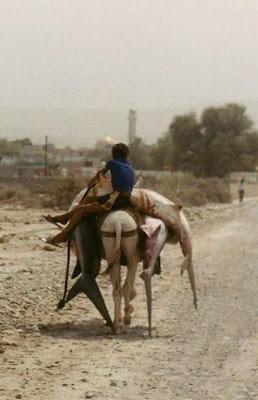 When sharks are caught and finned the resulting dried product becomes an instant cash crop.

Over the past decade this "harvest of disaster" has decimated shark stocks worldwide, bypassing even the Convention on International Trade in Endangered Species (CITES) Appendix II demands for monitoring and enforcement of endangered shark species.

Once dried sharks fin hit the open marketplace even endangered species fin cannot be traced back to the original "crime scene."

All that has changed with the stunning announcement of new DNA tests that geographically tag fins and identify species back to their home waters.

For shark conservation this single tool could lead to a serious curtail of shark fin sales globally until certification measures could be put in place to all but guaranteed bundles of dried sharks fin contained no endangered species.

Amanda Cotton shot what we consider the Iconic Shark Image of 2009. Today her blog reminds us sharky folks that while shark conservation efforts are a 365 day a year push, let's not forget there are others who could use some help too.

Beth's Story from TakePart on Vimeo. 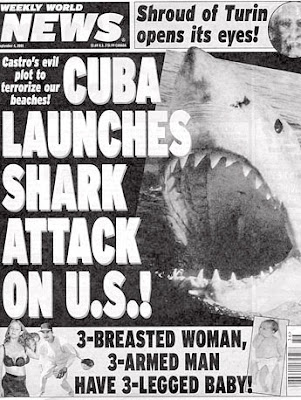 Blog readers here at UT will recognise the name and this site from several of our posts involving the cardinal rule of bull shark encounters...never wear a Speedo.

In fact Speedos are just not considered official shark diving gear at all -anywhere.

Fortunately since 2004 the Santa Lucia bull shark site has matured and Team Sharkbite had a great time:

"One of the most breath taking moments we had in the holiday was the opportunity to go scuba diving with bull-sharks. As we were down 25 meters below the surface at a location called La Boca, it was a marvel to look at the bull sharks being hand fed by the diving master. Of course it’s even better to have seen them in their natural environment, without the help of a human touch… But I think wikipedia also describes the bull sharks as dangerous to humans, so for me this was more than a good chance to see them really close. When I write really close I’m talking about within arm’s reach, but I think ‘don’t touch’ had the upper hand in my mind."