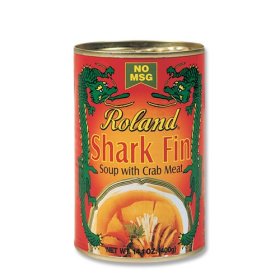 In 2010 the Maldives government was lauded for declaring its exclusive economic zone (EEZ), 90,000 square kilometers of the Indian Ocean, as a shark sanctuary free from all shark fishing and also banned all imports and exports of shark fins.

Today the Maldives is in the middle of what many are describing as a full blown military coup.

The first very real test of the global shark sanctuary effort will take place in the Maldives over the next two years.

For a look at how this might play out we went in search of a website that would give us the, 'Maldives political landscape in a nutshell' and found it here at the Institute of Development Studies:

"After the 2004 Tsunami which devastated the Maldives, Saudi Arabia and other Gulf States offered reconstruction funds and support to educate imams and teachers. This was coupled with the introduction of conservative Wahabi and Salaist interpretations of Islam. Since then, public flogging of women for alleged offenses has re-occurred, and more conservative dress and practices are on the rise. The Islamic political party tabled a law banning massage and alcohol on the tourist islands; although this decision was quickly repealed, since it was not in the interest of tourism industry elites."

There's a lot going on in the Maldives these days, suffice to say that sharks and shark conservation might not be a top priority.

Back in the day a loosely knit group pre-shark activists took to the Internet to demand that Alibaba.com stop selling shark fin online.

Lead by the irascible and wizened shark sage Wolfgang Leander, and worked on by a host of others, Alibaba.com eventually caved and stopped selling shark fin.

You could say so. It was really that first corporate turnabout and a movie that appeared shortly after which started the shark conservation movement as we know it today with a plethora of shark groups, agendas, and some real wins to celebrate five years later.

But the story of online sales has not ended. Like a water balloon, in the corporate world if you squeeze a market on one side it bulges out the other, and where shark fin is concerned at $300-500 a kilo, that marketplace is still thriving.

Or so says Mark Harding who highlighted Rich Clothier from Shark Guardians this week.

We have to agree. Over a year ago we posted this finding online to mostly dead air from the shark conservation community working on consumption side economics of the shark fin equation.

But sales online continue, they may not be called shark fin anymore, fish maw, fish bones, and other names have changed the way traders seek buyers. In fact 90% of the sellers who sell dried seafood products still, when asked, will provide and source shark fin.

How do we know?

We have been involved with this since 2007. It's not hard to track online portals, pose as a buyer, and ask for shark fin. The results are immediate and abundant to the tune of several thousand kilos per transaction and sometimes even more.

Are there solutions to this problem? You bet.

But the problem has become a 'wider problem' if you want to harness the conservation bandwidth out there to make a dent in the trade. Right now that doesn't seem to be the case.
Posted by Horizon Charters Guadalupe Cage Diving at 8:45 AM 4 comments: