The Today Show - Industry Speaks Out 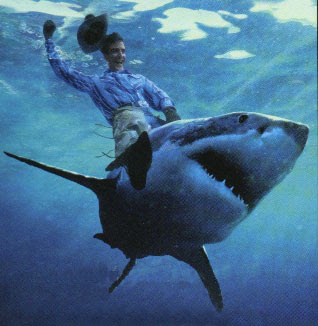 Continuing fallout from The Today Show

It may surprise you to discover that the $200 million dollar global shark diving industry does not have a governing body.

It does not even have a membership email list.

Our industry exists as an amorphous and growing group of well meaning entrepreneurs - worldwide.

Throughout the years this most unlikely of international adventure travel industries has seen it's share of regional political defeats, accidents, and triumphs. For the most part, and most remarkably, the industry has organically evolved into what you see today.

This "evolution" away from the early days of the Commercial Cowboys offering extreme encounters for quick bucks and notoriety - has lead to a more modern and media savvy commercial shark diving industry guided by the "Three Tenets" adopted by forward thinking operations:

Our industry is also under siege. Externally, by a rampant media machine that hungers for anti-shark and sensationalist shark stories, and internally, by a few misguided and abjectly ignorant shark diving operators who fail to think beyond tomorrow and into the next decade.

They are the holdovers of the Cowboy Shark Diving Era.

It is time for this to end. We, as commercial operators, are the masters of our own destiny and 2008-9 has been a bad year for industry shark media both in the mainstream press and elsewhere. What is bad for our industry is ultimately bad for sharks.

For those who have not yet come to understand how our industry has evolved we will say it again. EVOLVE - your antics are being watched, recorded, and used in ways you have never imagined to the detriment of us all and to the ultimate detriment of the very animals we make a living from.

Today another industry voice weighed in on this issue. We are glad to see industry members demanding change - hopefully these demands will not fall on deaf ears. The industry can ill afford more ongoing and negative press seen around the globe - generated by a few bad actors.