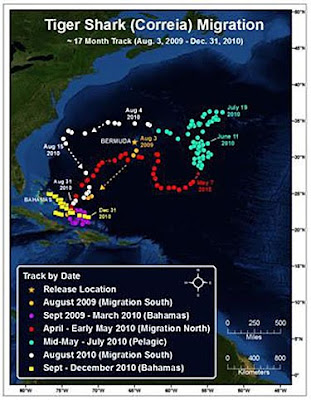 The Guy Harvey Tiger shark (Galeocerdo cuvier) tracking program is delivering the goods, and for folks like us who just love to know the "what,why and where" of the animals we are fortunate to encounter each year, this is just good stuff:

An important requirement for the proper management and conservation of any shark species is a robust understanding of its migratory patterns, how it uses its environment, and identification of what is termed its “critical habitat” – areas that are key to successful reproduction and feeding. To understand tiger shark movements and aid in conservation efforts, the GHRI/GHOF in collaboration with the Bermuda Shark Project and with financial support from AFTCO is investigating tiger shark movements in the western North Atlantic in a long-term study. The sharks’ movements are being studied by employing satellite tags that relay information on where the tiger shark is and/or its depth in the ocean.

Kudos to the entire Guy Harvey team and the good folks at the Bermuda Shark Project for helping us all learn more about these magnificent animals.

Guam- After ironing out their issues with Senator Rory Respicio and Vice Speaker BJ Cruz's shark finning bill, Guam's fishing organizations are now supporting a substitute version of the measure.

Guam Organization of Saltwater Anglers (GOSA) President Tom Camacho says the fishing community is backing Bill 44 because the amended measure allows restaurants in possession of imported shark fins to deplete their stock in 180 days, as well as give local law enforcement the ability to enforce the federal statute on shark finning and ray parts. It also would require the Department of Agriculture to involve the community and report to the legislature every three years on the issue. Camacho says the problem with the original measure was that it implied the local fishing community practiced shark finning.

“It's kind of disheartening that to elude to the fact that it happens on Guam is really a false statement” said Camacho. “So what we wanted to do is mention that it's an international problem and that we support the prohibition, the practice of shark finning. In addition to that, there are existing federal laws and rules out there that also control how things are done in the open seas. We wanted to make sure that the bill kind of mirrors what the federal government is saying that is and is not allowed.”

Camacho mentions the intent of the bill now protects Guam's unique traditions and culture. The alternate version of the shark finning bill also addresses the dangerous practice of shark feeding. Camacho adds this act alters the shark's behavior and poses a threat to human life.
Posted by Horizon Charters Guadalupe Cage Diving at 12:31 PM No comments: 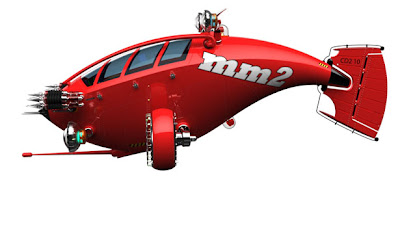 Earlier this week we posted a new semi-sub design from South Korea that we thought would make an excellent shark tourism vehicle at Isla Guadalupe, Mexico.

As it turns out this is not the only sub about to hit the marketplace and today were introduced to this bad boy, The Neptune Sport Micro.

You do not get much better than this. Capable of depth to 600 feet and speeds of 6 knots, including barrel rolls and other tricks, the Neptune Sport Micro should be hitting store shelves sometime in 2012...and we want one.

Minus the gas tipped rocket propelled kill spears on the front, unless you're going after Jaguar Sharks and then it's o.k.
Posted by Horizon Charters Guadalupe Cage Diving at 9:21 AM No comments: 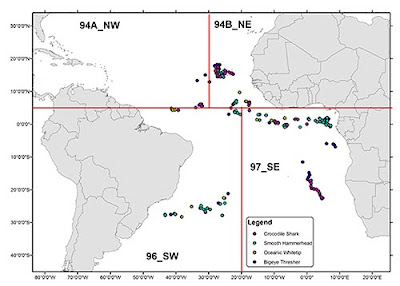 Elasmobranch (sharks, skates and rays) landings in recent years have increased significantly, mainly the result of greater interest and valorization of some products such as fins in the Asian markets, but also due to the by-catch in many fisheries around the world targeting other species. Yet, not much is known about most of these elasmobranch species biology, and many populations may be currently facing serious threats/declines.

Oceanic pelagic sharks pose a particular difficult problem when it comes to fisheries management and conservation, as they migrate between territorial waters of different countries and international waters, between continents and hemispheres. On the other hand, these sharks are regularly caught by different fishing gears and during different fisheries in a more or less targeted way.

Not only these species are extremely vulnerable to fisheries, but they are also very poorly known, and it is therefore urgent to carry out more biological research to allow for enlightened fishery management and conservation. Such better and improved data has been requested by the International Commission for the Conservation of Atlantic Tunas (ICCAT), the international management body of these species in the Atlantic Ocean.

Pelagic sharks are commonly caught as by-catch in the tuna and swordfish longline fishery that takes place along the Atlantic Ocean. Those pelagic sharks are highly migratory. An integrated inter-continental and inter-hemispheric approach is needed for their efficient study, management and conservation.

To study the biology, population dynamics, population genetics, movement patterns and habitat use of pelagic sharks in the Atlantic Ocean.

The current focus of this research initiative has been on the pelagic species that are impacted by long-line fisheries, and include:

The data is being collected by fishery dependent sampling by fishery observers on board commercial long-line vessels.

Map of the ICCAT sampling areas and the location of the sharks sampled within this Research Initiative. This is an ongoing Research Initiative, and each month more samples are being collected and analyzed.
Posted by Horizon Charters Guadalupe Cage Diving at 8:19 AM No comments: