How can you save sharks?

The recent actions by the SW Australian government, deciding to use drum lines to cull sharks, have generated huge protests, with literally thousands of  people rallying against that policy.

Over the last couple of years, there have also been a myriad of shark conservation related groups and posts that have popped up on facebook and the internet, protesting various things, relating to shark conservation.

1. With the recent media attention, it comes as no surprise that the most attention is paid to the Australian shark cull program.

2. Then there are the posts, generally opposing shark finning, shark fin soup etc.

3. There are some that target specific organizations like OCEARCH, shark fishing tournaments and scientists that catch and tag sharks, because of the harmful effect it has on the individual sharks.

4. Who can forget the bikini clad women that are hanging on to the dorsal fins and riding great white- and tiger- sharks, or the "shark experts" flipping sharks upside down, claiming that the sharks treat them as one of their own?

Are these protests effective? Do they stop the killing of sharks? 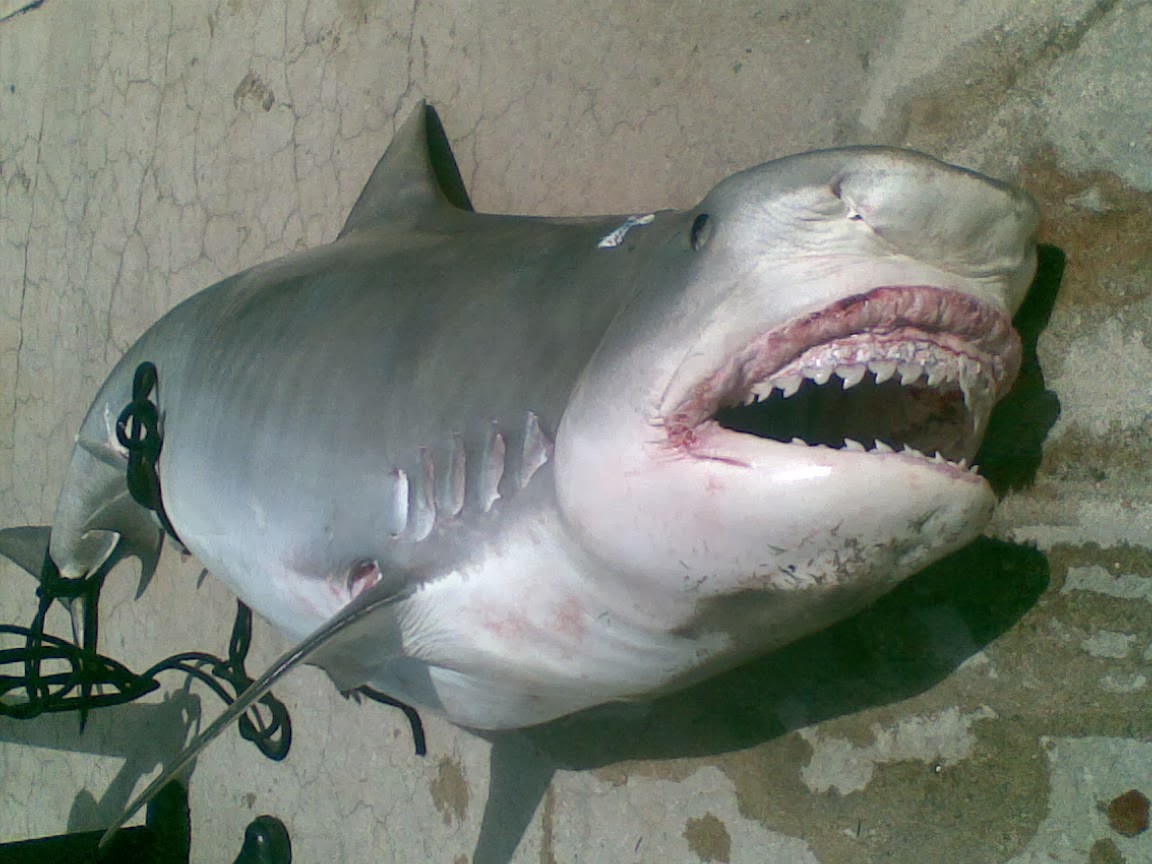 Before we get to that, let's establish a few things first.

Fact: In the first 3 weeks, the SW Australian shark cull program has resulted in 17 sharks, longer than 3 meters (12.9 ft) killed. The sharks caught and killed were Tiger Sharks, which have only been responsible for one death since 1980, according to "sharksmart" a website of the Australian government. They have caught zero Great White Sharks, believed to be responsible for the recent attacks.

Fact: Although estimated numbers of sharks killed every year vary widely from as few as 30 million to as many as 100 million, even at the 30 million rate, it means that every week, 600'000 sharks are killed worldwide.

OK, lets look at the things that are protested and the effect it has on the sharks.

1. The shark cull. I'm completely opposed to that policy and have written about it here and here and here. I think the program is useless, targets the wrong sharks and does absolutely nothing to prevent attacks on humans. The fact that they killed mainly Tiger sharks that have only been responsible of 1 death in the last 34 years and not one Great White, which has been responsible for the recent deaths, clearly shows that the program is worthless. But let's put the whole thing into perspective. In the first three weeks, the shark cull killed 17 sharks vs. at least 1'800'000 and maybe as many as 6'000'000 that are killed by the fishing industry, during the same period. 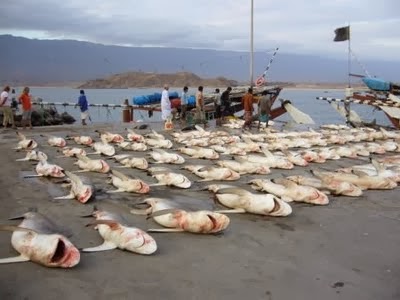 These protests are mainly raising public awareness and may have resulted in a reduction of shark fin soup consumption in China. As with any publicity campaign, the actual effects on saving sharks are hard to determine, but they definitely have an impact.

3. Shark tagging. All the tagging done in a year, may cause harm to a few hundred sharks. Again, that's a few hundred, vs. 30-100 MILLION sharks killed annually.

If the protests succeed and there is no more tagging, at best we could save a few sharks every year and make life easier (no tags, no deformed dorsal fin etc.) for a few more. On the other hand, we could also loose valuable data, that may help save sharks. You decide, if it is worthwhile to focus on this. Personally I think we need to weigh the importance of the data collected against the potential harm to the sharks.

4. The sharks are harmless and our friends approach.

I have to admit, my blood pressure tends to go up, when I see some idiot riding a shark or flipping it upside down, trying to convince me that sharks are harmless with some actually claiming that the sharks accept them as one of their own. Why do I think these actions are such a bad idea? Well, I've been diving with Great White Sharks for the last 13 years and around Tiger- and Bull- Sharks for a long time. The one thing I can say with certainty, sharks are NOT harmless and NOT our pets. We don't need to fear them, but they are apex predators and need to be respected! For those that claim that the sharks treat them as one of their own, I can only say, I hope not! I have seen how large sharks treat smaller sharks, biting them, if they don't get out of the way. Any human would be a very small shark, compared to a Great White, or Tiger Shark. Great White Sharks are not touchy feely with each other. There is no casual touching. When they get to close to each other, or actually touch, there is usually a violent reaction. Even when the are mating, the bite on to each other, definitely not something you would want a shark to do to you.

These stunts do nothing to help the sharks and are purely a means of self promotion for the individuals doing them. "Look at me! I'm so cool!"

You notice, all the efforts that seem to get the most publicity are focused on something other than the fishing industry. Have you seen anyone protesting Triatun Inc., or Sea Venture Inc.? Those are just 2 of many companies, trading in shark fins. It seems to me, that most efforts are directed at things that are relatively minor in the big picture. 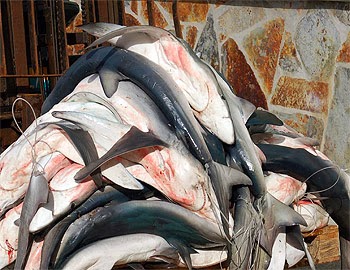 With all the efforts mentioned above, even if they are all successful, they are saving a few thousand sharks a year at best! So what can we do to really make a difference? First of all, we have to decide what our goal really is. Do we care more about saving sharks, or do we care more about what other "conservationists" think about us.

If your answer is, saving sharks, here are some things you can do. I have to warn you though. Nobody on the internet will know what you did. There are not going to be a lot of people slapping you on the back and tell you what a good job you did. Aside from very few people acknowledging your efforts, your only reward is going to be the knowledge that your efforts helped save some sharks. Instead of thousands of people saving a few sharks, you as an individual can save many.

You can contact, or visit a local marina and sign them up as a shark free marina. You can volunteer with a local group that maintains or creates estuaries, MPA's, breeding programs etc. If you live far from an ocean, you can still volunteer for or support groups like shark savers, shark foundation or projects abroad.

Maybe you don't have a lot of time. There are still a few things you can do. Write a letter to your local legislator, asking to support or enact laws, banning the trace of shark fins. Is there a restaurant in your area that serves shark fin soup? You can visit and make them aware of the problems associated with shark finning. Just because we are aware of all the problems, doesn't mean that they are. They are not necessarily the bad guys, they may just be unaware. Last year at DEMA, there was a restaurant serving shark fin soup, not too far from the convention. A few of us that went there, asked to speak to the manager and the next day, they had removed the soup from the menu. Here is another idea. This is the contact info for Triatun Inc. Maybe their president, Francisco Valdez, would like to hear from you. Would you like to get in touch with Sea Venture Inc. and let their CEO William Haley know what you think?

The bottom line is this. You CAN make a difference! Even if you are the only one that know what you do, the sharks will benefit. Isn't that the only thing that counts?

About Shark Diver. As a global leader in commercial shark diving and conservation initiatives Shark Diver has spent the past decade engaged for sharks around the world. Our blog highlights all aspects of both of these dynamic and shifting worlds. You can reach us directly at staff@sharkdiver.com
Posted by Shark Diver at 9:57 AM 1 comment: