Mangrol (Gujarat), Jan 26 (IANS) From being hunted in hundreds for their liver oil till a decade ago, about 240 whale sharks have been rescued off Gujarat's coast since a conservation project was initiated in 2004, an official said Tuesday in this coastal fishing town.

Rahul Kaul, senior director with the Wildlife Trust of India (WTI) said that the programme that was started in 2004 was the first one of it's kind to pave the way for voluntary conservation at this scale.

'The fishing community willingly agreed to sacrifice its economic gain, displaying exemplary sense of responsibility to the marine environment in which it thrives while the government has come forward to provide relief for the loss of the fishing net to the extent of Rs.25,000 and Tata Chemicals Ltd (TCL) has been funding the project,' Kaul said on the sidelines of a function held in Mangrol in Junagadh district to celebrate 'Whale Shark Day'.

The WTI in concert with the Coast Guard and Gujarat's forest department with funding from Tata Chemicals have been spearheading a conservation movement for the whale shark, endearingly known as 'Vhali' in the state.

In 2009, TCL and WTI had signed a memorandum of understanding (MoU) for a conservation project to create awareness and undertake research to save the endangered species that visits the coastal shores of the state between January and March.

The MOU also undertook a study to explore whale shark tourism opportunities in the region, making the project a unique one in the country.

Rishi Pathania, manager (community development) with TCL, said the whale shark conservation project along with the Mithapur coral reef securement project stood out as two of the largest corporate-supported conservation initiatives in India aimed at creating a conducive environment for the well-being and breeding of marine life species in this coastal region.

A decade ago, whale sharks were brutally hunted in hundreds along the Gujarat coast for its liveroil to waterproof boats and also for its meat, which was exported. On May 28, 2001 whale shark hunting was banned in India.

Every year, Whale Shark Day is celebrated to spread awareness amongst people, specially the fishing community. This year, the fishing town of Mangrol went a step further to adopt 'Vhali' as its symbol.

Posted by Horizon Charters Guadalupe Cage Diving at 8:29 AM No comments: 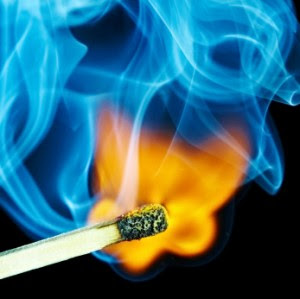 We have been following the news out of Hawaii this month as things are once again heating up for the commercial shark diving industry there.

This morning news of a second commercial shark diving boat that has been set ablaze on Oahu less than one week after a first boat was burnt almost to the waterline.

Local island politics, and an atmosphere of anger, fear, and politically enabled groups and individuals who have created this terror campaign.

This ongoing campaign was started in one small political office in the Capitol seeking a wedge issue to stir up local constituents and has lead to two vessels deliberately burned, and a failed court case involving Super Secret GPS devices with excuses about national security.

By either stirring up groups with false information and fear tactics about sharks, enabled with town hall style political meetings, to not curbing starkly terroristic threats and anger directed at two small commercial shark diving operations, a few local politicians, in our minds, are responsible for two boat burnings in Hawaii.

Angry rhetoric in any form can be a boon for politicians, especially when the target is defenseless.

Angry rhetoric can also be dangerous in the hands of politicians who fail to see what long term effects false information and fear can have on unstable members of the populace.

It is time for the politicians involved in the ongoing attempt to destroy two commercial shark diving operations on Oahu to step up to the plate and calm their troops down. Two boat burnings in one month is a legacy that no one wants on their political record and clearly someone in the politically created, fueled, and enabled anti-shark diving crowd is not firing on all cylinders.

We say enough is enough. For all the fear that the anti-shark diving crowd has directed at the sharks, it is the groups themselves who have become the most predatory and who have caused the most damage.
Posted by Horizon Charters Guadalupe Cage Diving at 7:32 AM No comments: