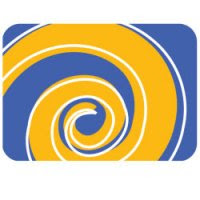 Congratulations to Matava Resort in Fiji the first of it's kind to receive the coveted Shark Safe Certification:

Shark Safe certification aims to protect oceanic ecosystems by encouraging practices that do not negatively impact shark populations. By increasing public awareness of the need for shark conservation, we endeavor to change the way people think about sharks, thereby reducing the sale, use, and trade of shark products. 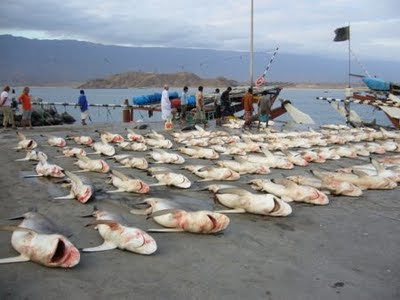 We just got a recent update from Stefanie Brendl of Shark Allies today.

Her efforts in Hawaii are a prime example of how boots on the ground efforts can help shark conservation regionally. Her teams efforts to change the laws regarding legal shark fin operators in Hawaii are an encouragement to the industry.

We recently had a conservation with someone who thinks it is "o.k" to support commercial shark take and fining in New Zealand. Efforts like Stefanies and the overwhelming support she has garnered from the shark dive industry show that this activity is never "o.k" in any form:

We were able to get bill through two committees in the Senate and the Senate vote. Then it travelled over to the House, where it was referred to 3 committees. Since this is a short session, committing a bill to 3 is a clear indication that they wanted it killed. It was nearly impossible with the time constraints, to get it through in time. But we did.

The bill was struck down in the last committee, House Judiciary. Everyone thought it was dead. We didn't give up and put pressure on the committee chair and co-chair to bring it back to hearing. This is when the Hawaiian community finally started to get involved.

With great reluctance from chair Karamatsu we were able to bring it back and it was passed out of committee just in the nick of time. It also passed the House floor vote. Mostly because it the bill has a defective date and is therefore forced into committee (see explanation below).

The first conference committee didn't go well. It is apparent that there are a few strong members in the house that are actively fighting to kill this bill. We have been able to address all the opposing groups, including researchers and fisheries. What is left is the fact that people want to continue to eat shark fin soup. There may also be some commercial fishermen that are still lobbying to keep a market for shark fins, but we are not sure.

All we know is that despite the overwhelming evidence and support for this bill, there is a strong group pulling the strings to stop it. And they are not coming out in the open. They are operating in the background of the legislature, influencing key members.


I have been mobilizing the forces with the help of a list of shark organizations, Wild Aid, Mission Blue etc . And we are currently looking to get Chinese support and voices to speak out on the issue as possible. Locally and internationally. Getting lots of letters from Hong Kong and West Coast organizations in support, as well as celebrities.

Right now it really comes down to showing everyone that not all Chinese want to eat shark fin soup anymore. That it is not a cultural attack. It is a question of sustainability.

We are also planning a big press conference on Sunday, and hope to have the Royal order of Kamehamea there to express the view point of the Hawaiian community.

In a few hours we have the 2nd conference meeting. So I have to run.

Here is a link to the bill and it’s status. If you click on the pdf version, you can download the actual bill.

A note to the “Defective Date” at the end of the bill:

This defective date was added by the Senate Judiciary Committee. The committee chair felt that the current version of the bill was not ready to become law; therefore a defective date was added to give more time for discussion. This also allowed for the bill to stay alive and to continue traveling on its course through the Senate and House. It also forced the bill into “conference”, meaning that after all committees have had hearings and added amendments, representatives from both sides (Senate and House) have to come together to discuss a final version that everyone can agree on. Only then can the defective date be removed.

Shark organizations, activists, celebrities, business leaders and leading marine scientists from all over the world have been actively lending their support through hundreds of letters, statements, phone calls, videos and photos.


Support for this bill, locally and internationally, has been overwhelming. Polls have shown an obvious majority of 72% of Hawaii residents want shark finning to stop and are against allowing shark fin soup.


In Hawaii, the driving forces behind this bill are:

Senator Clayton Hee and his staff

Inga Gibson from the Humane Society of the United States


San Francisco Chronicle- letter to the editor by David Barkley

As word slowly leaks out of the Sea of Cortez, what started as a hypothesis, has now become a full blown four alarm eco disaster.

The oceans have a new super predator that has migrated into the top of the food chain. Where once tuna and sharks selectively culled, these animals indiscriminately destroy everything in their path. This is a prime example of predator loss upsetting the natural balance of our oceans and it is happening right now.

The long and silent farewell 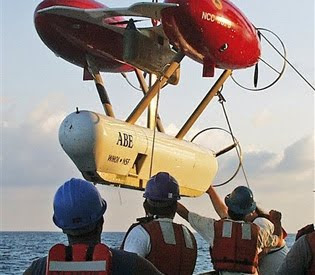 WOODS HOLE — ABE has been lost at sea off the coast of Chile, claimed by the same waters it once spent countless hours exploring.

Posted by Horizon Charters Guadalupe Cage Diving at 11:39 AM No comments:

When friends Allie and Mark decided to take a full year off and go travel the world we were thrilled to hear they were going to add a blog of their adventures for the rest of us.

This is one of those classic moments caught on tape featuring Mark. A quick note about Mark, there's no mountain tall enough, or waters deep enough to contain this guys boundless enthusiasm for adventure...and sometimes pain.

Allie tells the story leading up this this video best:

We spent our Easter ”tubing” down the river here in Vang Vieng, which is lined with zip lines, 60′ tall rope swings, and 100′ tall water slides, all ending in the river. Mark learned on his first zip line attempt the importance of letting go before you reach the “stopper” at the end of the line, which brings the trolly to an instantaneous stop (though not the rest of his body, which resulted in a complete 360 degree back flip followed by a belly flop). Of course we had a Flip handy, and the moment has been captured for posterity.

Posted by Horizon Charters Guadalupe Cage Diving at 10:41 AM No comments: 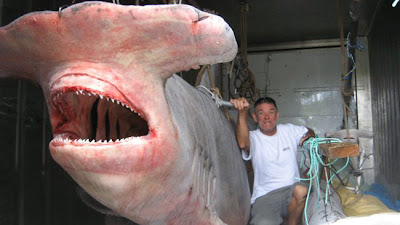 For most of shark community the announcement of Vics latest acquisition of a 1200kg, 5m hammerhead estimated to be close to 40 years old surprised few.

Rumors that he intends to display this animal in a frozen Disneyesque state for paying customers disgusted many including us. Vic remains a perfect example of 1970's shark mindsets where animals are to be killed, and ironically displayed and promoted as the oceans ultimate killers.

Has the world evolved in the understanding of sharks since the 1970's? Most definitely.

Has Vic Hislop evolved or is he, like his shark show, frozen in time?
Posted by Horizon Charters Guadalupe Cage Diving at 9:24 AM No comments:

The organising committee for Sharks International would like to extend an invitation to attend this one-time event being hosted in Cairns, Queensland, Australia from 6-11 June 2010.

The aim of this conference is to provide a forum for the world’s leading shark and ray experts, along with students and up and coming early career researchers, to come together to share ideas, update information and report on the progress of the most recent scientific studies in the field of shark and ray ecology.

As these species become more affected by human and environmental factors on a global scale, international approaches to their study and management will be increasingly important. This conference is a first step in encouraging and developing international linkages between researchers from various regions.

To register for this event.
Posted by Horizon Charters Guadalupe Cage Diving at 8:59 AM No comments: 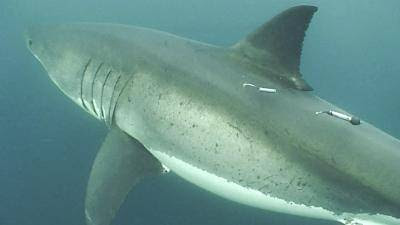 Aquatic biologist John Chisholm will discuss the Massachusetts Shark Research Program for the Division of Marine Fisheries on Friday at 7 p.m. at the Old Methodist Meeting House, Main Street, Wareham.

Chisholm will discuss the occurrence and biology of white sharks in waters in and around Massachusetts.

For more information, call 508-295-0211 or visit www.warehamland.org.
Posted by Horizon Charters Guadalupe Cage Diving at 8:13 AM No comments:

My name is Claudia and I am the Founder of Shark Truth. We are a grassroots nonprofit promoting awareness around shark fin soup in the Chinese community.

Our goal is to Stop the Soup at wedding banquets (where shark fin soup is most popularly served) through our 'Happy Hearts Love Sharks' international wedding contest we just launched. We are looking for partners to give us a hand in promoting the contest - would you be interested in sending a message out to your network (blogs, newsletters, Facebook or Twitter)?

Did you know that a wedding banquet serving shark fin soup to 300 guests can kill up to 30 sharks? Through the 'Happy Hearts Love Sharks' wedding contest, we will reward couples who submit a video or photo entry of their pledge to Stop the Soup at their wedding banquet and promote shark fin soup alternatives.

Couples can enter now for a chance to our International Grand Prize: a waterproof digital camera and an adopt-a-shark package. The first 5 international couples to enter the contest will get the beautiful coffee table book “Sharks Up Close”, which captures the majestic, beautiful shark in photography.

Registration and contest details at http://sharktruth.com/wedding

If you want to help us Stop the Soup or if you have any questions, please feel free to contact me directly. Shark Truth look forward to hearing from you!