We vote that the world starts calling "Freedom Fries" "French Fries" again. If you have any doubts why our vote has changed watch the following shark video. Actually, we always called them "French Fries", cool video none the less:

Posted by Horizon Charters Guadalupe Cage Diving at 9:46 AM No comments: 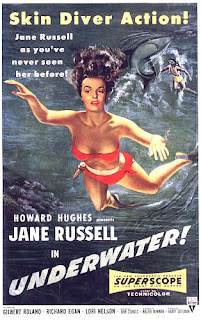 From A Couple Dives Blog this morning good news on the tech front with shark fins and mislabeled shark products.

With testing like this in "field conditions" companies like Alibaba.com and Yahoo! can be held to account for the selling and trafficking of protected shark species:

Researchers in Spain are reporting that a new DNA identification method could put an end to the false labeling of shark species used in seafood products, such as the expensive Chinese delicacy known as shark fin soup. The study is scheduled to be released in the November 26 issue of ACS' Journal of Agricultural and Food Chemistry. The scientists describe the use of a relatively new technique called forensically informative nucleotide sequencing (FINS), in which DNA isolated from unknown biologic samples is compared to a database of DNA markers from known species.

The unfortunate truth is that the consumption of shark meat appears to be on the rise worldwide. And, for now, the only recourse shark conservationists may have would be to regulate the species of sharks that are consumed. Recent reports have shed light on some seafood companies having substituted cheaper shark species for more expensive species and incorrectly labeling their products. EU regulations now require listing the species name on shark products to avoid fraud and to help conserve protected shark species. However, a fast, reliable method for distinguishing between different species of shark remains undiscovered.
In the new study, the scientists collected DNA markers from nine different commercial seafood samples containing shark meat and compared them to known DNA markers from 23 different shark species. The scientists found that two of the nine shark products analyzed had been labeled with incorrect species names, demonstrating the effectiveness for the FINS method.
Posted by Horizon Charters Guadalupe Cage Diving at 8:57 AM No comments: