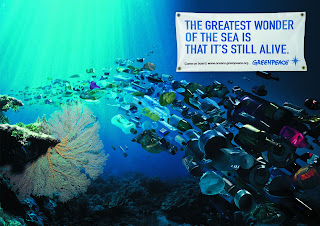 The next phase for protected Shark Sanctuaries has begun and we like it, kudos this week to Greenpeace.

It's has surprised few within the shark community that Palau has an ongoing shark problem in the form of outside illegal shark fishing fleets that routinely drop into protected waters to harvest shark fin, even though Palau declared all their waters a Shark Sanctuary in 2009.

We have blogged about the immediate need for millions of dollars to enforce declared Shark Sanctuary gains and to support ongoing shark conservation in the past.

All that has come to a very media worthy head this week as Greenpeace, in tandem with the only Coast Guard vessel Palau owns, busted Taiwan based shark fishing vessel - Sheng Chi Hui.

Unfortunately this great news made the rounds and vanished almost as quickly as it appeared. Hopefully the folks at Greenpeace can raise the bar on this vessel capture and turn it into long term funding.

As a conservation leader Palau has set the bar globally causing other nations to follow suit for sharks. The last three years for Shark Sanctuaries have been the "golden times" but all that hangs in the balance of effective Shark Sanctuary enforcement or lack thereof.

It's an issue that remains the most pressing shark conservation issue on the boards right now.


"The lack of resources available to effectively patrol the waters of the Western and Central Pacific, the unregulated nature of the high seas, and the inconsistent and unreliable nature of monitoring all make it far too easy for illegal activities to take place out here. These serious loopholes need to be closed and pirate fishing needs to be eliminated."