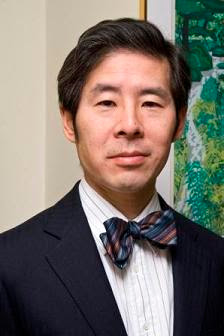 Ken Okaniwa is a minister at the embassy of Japan in London and ­director of the Japan Information and Cultural Centre.

He also just penned "It is wrong to claim that the global shark population is declining," an op ed for the Guardian newspapers in London.

The electronic ink had not even dried on that article before howls of discontent and gnashing of teeth could be heard across the shark conservation spectrum.

Your article reports the assertion by conservation groups that "growing demand for shark fins, coupled with modern fishing methods, has caused a rapid decline in shark populations around the world" (A bloody business: Japanese town feeding appetite for shark fin soup, 12 February).

But there is no clear evidence for a global decline in shark stocks. Reduced catches can reflect various factors such as the intensity of fishing methods and variations in demand, in addition to the actual level of stocks.

In particular, the article refers to the blue shark as having been designated "near threatened" by the International Union for Conservation of Nature (IUCN). The fact is that an assessment of the blue shark population since 1971, published by the Western and Central Pacific Fisheries Commission (an organisation of 25 nations and regions including Japan, the US, Australia, New Zealand and the EU), demonstrated that stocks declined in the 1980s but later recovered to exceed the 1971 figure, and remained stable thereafter.

It is also notable that "near threatened" is the second least serious of the seven categories employed by the IUCN – which itself declares that the blue shark does not qualify for "threatened" status.

You report: "Several countries, including the US, have taken steps to conserve shark populations, but [the shark conservationist Mayumi Takeda] holds out little hope that Japan will follow suit." However, Japan is in fact one of the few countries to have prepared its own action plan based on the UN's International Plan of Action for the Conservation and Management of Sharks.

In addition, Japan has not only been providing data on shark stock assessment to the relevant international bodies but has also been encouraging the promotion of appropriate stock management methods.

Japan has been at the forefront of international efforts to protect threatened species. For example, at the International Commission for the Conservation of Atlantic Tunas (ICCAT) conference in 2009, Japan supported a proposal to ban the retention of thresher sharks in the Atlantic Ocean (the proposal would mean that the sharks have to be released immediately after capture). At the Indian Ocean Tuna Commission in 2010, Japan supported the EU bid to prohibit the retention of three types of thresher shark.

At the ICCAT in 2010, Japan proposed banning the retention of oceanic whitetip sharks, which was adopted. Japan also supported the EU proposals to ban the retention of hammerhead sharks and porbeagle sharks, though the latter was not adopted due to opposition from other countries.

Every country has its own dietary practices based on its particular historical and cultural background, and such matters should be discussed in a respectful way. Protecting sharks and other species requires a factual, science-based approach. This is how Japan will continue its efforts.

Posted by Horizon Charters Guadalupe Cage Diving at 7:32 AM No comments: