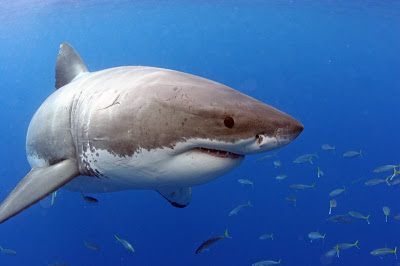 Today CNN tackled the harsh realities of traditional medicine use around the globe. It's an interesting take on sharks fin and cartilage use that often gets sidelined when talking sharks.

80% of Africa and Asia still uses traditional medicine as a first line cure for regional illness. While the earths population is hovering around 6,768,167,712 that's a massive demand for all raw use animal products, not just sharks:

LONDON, England (CNN) -- Alternative treatments are as varied as the regions of the world they come from. And while they attract skepticism from some Western medical practitioners, they are an undeniable part of global health.

In parts of Asia and Africa, 80 percent of the population depend on these treatments as their primary form of healthcare.

Shark fin has long been used in traditional Asian medicine. Shark fin soup is regarded as a tonic that promotes general well-being, and shark fin has even been claimed to have anti-cancer properties. Shark fins are mainly composed of cartilage, a type of connective tissue found in the skeletal systems of many animals.

In Japan, they are sold by herbalists as a powder, in tablet form or as whole fins. While shark fin has been used for centuries in Asia, in recent years it has become more popular in the West.

A book called "Sharks Don't Get Cancer," published in 1992, popularized the idea of shark fin as an alternative cancer treatment in the West, and powdered shark fin is now sold as dietary supplement.

Posted by Horizon Charters Guadalupe Cage Diving at 9:06 AM No comments:

When "One Shark" Becomes An Ambassador 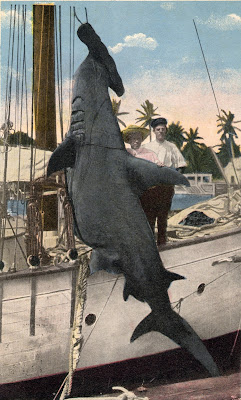 You see it all the time. A large shark swimming on the other side of a public aquariums enclosure, an "ambassador shark". For those in the shark conservation world we have come to realize the positive effects of these solo animals on the public perception of sharks in general.

But what about dead sharks?

They too serve a purpose. Perhaps it is the sheer numbers of sharks that get taken for fins each year (25-75 million) that become the conservation movements hardest challenge.

How do you generate understanding and public sympathy for a number?

A single dead shark can generate understanding, sympathy and action. It was a single pregnant female Tiger taken in the Bahamas back in 2007 that spawned the Shark Free Marinas Initiative.

The public, no matter how jaded towards sharks, will respond to a single animal taken and killed for no obvious reason, and that is the heart of the shark conservation movement.

One shark, an ambassador for the entire species.

For a prime example of this look no further than a recent take in Ireland of an 18 foot Six Gill shark. This sport take of a single animal has managed to raise the ire and media bandwidth of many around the world including Ireland. This single animals death prompted a wave of conservation discussion - a feat that all the long liners off Ireland's coast could not.

We covered it too as it was quickly evident that this single shark was going to become the ambassador animal for the regions conservation news. Conservation change starts with the public understanding of sharks and "Sympathy for the Devil".

We can get there with these few unfortunate animals.
Posted by Horizon Charters Guadalupe Cage Diving at 8:39 AM No comments: