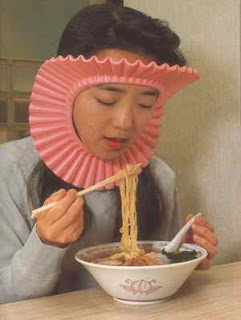 Tokyo (CMN)- Fashion editors from "The Tokyo Look Book" have declared a nationwide fashion emergency on the heels of Japans announcement and early recall of the entire southern whale hunting fleet.

"In an effort to increase sales of canned whale meat the government issued 4.2 million See No Evil-Double Happiness whale eating masks this winter" said Editor in Chief-Tomohiko Taniguchi, during a rushed press conference held at the Four Seasons Chinzanso Hotel.

"With the unexpected end to this seasons whale hunt, these whale eating masks will now sit idle in peoples kitchens. Already we are seeing inappropriate use of these masks with small children in playgrounds and in gyms nationwide".

Japans Prime Minister Fukuda issued the following statement, "The government is asking people to stay calm at this time. While our whaling fleet was unable to harvest enough whale meat this season-remain assured that our whaling fleet will continue it's hunt next year and you'll all get to use your whale eating masks".

The following underwater Onion was brought to you by Shark Diver. Whale Meat-the other, other, other red meat.
Posted by Horizon Charters Guadalupe Cage Diving at 8:17 AM No comments: 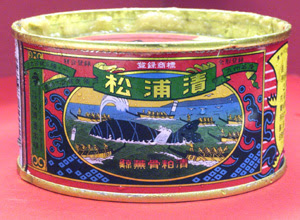 Without a high tech factory ship to process whales from majestic sea born animals into fancy little cans- the ships that hunt them are next to useless.

"The Japanese government said Monday that its state-sponsored whaling fleet had stopped hunting after 10 days of harassment by the environmental activist groups Greenpeace and the Sea Shepherd Conservation Society in the Southern Ocean Whale Sanctuary near Australia."

The bad news is the Japan does not look like it will be giving up it's "Love of the Whale" anytime soon. So, we'll all be forced to watch the southern spring drama unfold again next year as whalers and the anti-whaling activists clash again over government-sponsored "scientific" whaling expeditions.

The final score for this year is: